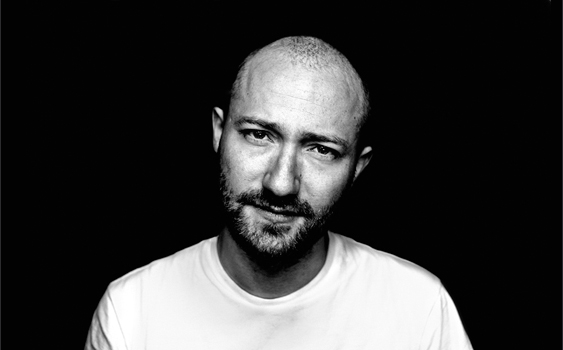 Paul Kalkbrenner has truly remained down to earth. He is talented, ambitious and successful – although his inner child always is ever visible beneath the surface. He is a loner, yet full of empathy. A cosmopolitan, yet ever firmly rooted in Berlin. He is a raver with his arms in the air allowing himself moments of reflection. A man who is able to lose himself completely in exhilaration and trance but who never switches off his mind.

Kalkbrenner’s music is challenging and full of energy, but also has serene and profound moments. The music aims toward ecstatic situations and at the same time is entirely in the here and now. It deals with the pressure one is exposed to on a daily basis as well as the knowledge that work and a daily routine is not all there is – it combines trance, art, madness, friendship, hope, family and love in one.

Paul was still a child when techno became immensely popular in Berlin after the fall of the Wall. But still he was able to experience how the eastern part of the city turned into an anarchic-creative playing field for young people who had been liberated from regulations by the government and who had become euphoric due to this new-found freedom.

In fall of 1992, Paul and his friend Sascha Funke began deejaying together. They performed at local youth clubs where people their age hung out and played pool. Most of the time, these places were only open until midnight. However, Paul’s mother had decided that his curfew was at 11 pm. The greatest thing for him was owning an Underground-Resistance-Hoodie. The two friends religiously collected techno records and Paul experienced the first rush of electronic music in mythical clubs in Berlin such as Tresor, Planet, Walfisch or E-Werk.

When he was eighteen, Paul went on a little detour: He worked as a cutter in television for two years, sitting in the ARD and ZDF’s editing trucks at political conventions. He used the money he earned there to buy his own equipment and produce his first tracks. From that moment on it was clear to him: he wanted to perform live. Much to the dismay of his parents, graduating from school and receiving a professional training fell by the wayside.

Paul and Sascha meet Ellen Alien at a Bpitch-Party. She pays them a visit and is taken with their personalities as well as their music. And in 1999 Paul’s first tracks – at the time still hiding behind the alias Paul dB+ – are released by Ellen Allien’s recently established label Bpitch Control. The first record “Friedrichshain” hits home immediately. Paul is able to juxtapose the dark monotonous sound of the time with an unabated passion for partying. Numerous maxis follow and it is not before long that he discovers his affinity toward the album format. He releases two albums in a row: “Superimpose” (2000) and “Zeit” (2001).

The music media becomes interested in Paul. Nationwide bookings is business as usual. His third album “Self” is released in 2004. As opposed to the typical Kalkbrenner sound, where grand emotional gestures interconnect with a dancefloor sound, “Self” is the kind of music, which works independently away from a party situation. The album has the feel of a cohesive narrative as Paul creates a story entirely made out of sounds for the listener and which is able to unclose new spaces and themes chapter by chapter.

The individual character of “Self” becomes especially evident in light of the fact that the punk-electroclash sound dictates the scene at the time. A while later, when minimal becomes the rage, Paul responds to it with his melodramatic Rave-hit “Gebrünn Gebrünn”. “Gebrünn Gebrünn” develops into a crossover-hit throughout the scene and in every record bag and Paul finally steps up into the sphere of the Techno-Bel-Etage.

Right after “Self” is released in 2004, Berlin-based film director Hannes Stöhr – a declared fan of Kalkbrenner from the early days – contacts Paul. Stöhr wants to make a movie about an electronic musician and Techno-Berlin of the 2000s and he wants Paul to be the one to produce the soundtrack. The two of them meet and share their knowledge and their ideas. Quickly it becomes clear that Paul has more to offer than just the music and they start working on the first drafts of the script. During this collaboration Hannes realizes that Paul would be the ideal protagonist for the movie. Paul accepts the offer without hesitating. The movie is to be titled “Berlin Calling.”

In order to produce the soundtrack Paul and Sascha Funke spend six months in Aix-En-Provence in the south of France. Far away from the dismal winter in Berlin, he composes his most multi-faceted and mature piece so far. Such an abundance of sound and the subsequent emotional nuances, which are conveyed, is something that extends beyond the accustomed vocabulary of electronic dance music. Paul’s observation: “Techno has always been full of melancholy. It can be very sad: the delicate within the harshness. There is a difference between popular music and art music. I make art music.”

Back in Berlin Paul gets to work on filming “Berlin Calling” with a performance, which is unconventional yet authentic. His vitality, spontaneity and physical energy is convincing. An intimate dialogue develops between the real Paul and the character in the film called Ikarus, in whom he recognizes a kind of demon. Hannes Stöhr expertly varies locations and the dramatic register and with his portrayal of the party metropolis of Berlin is able to take the film to a larger and more universal level.

After a fulminant premiere at the film festival in Locarno where Paul spontaneously performs a live set, the film develops into a ticking time bomb. One European country after another is conquered, the film runs for several years at the Kino Central in Berlin. The soundtrack as well as the single “Sky And Sand” break all sales records. The album goes platinum with more than 200.000 sold records. “Sky And Sand” is in the single charts for 121 weeks and this is a success that no other single has reached since the charts were established in 1977.

After collaborating for a decade, Paul parts with Bpitch Control in late 2009. His success has uprooted him from the Bpitch setting and Paul now has to communicate directly with his fans. He doesn’t need an intermediary any longer in order to release music and organize concerts. His first independent step is a European Tour in early 2010, which is sold out within a very short period of time – 100.000 people see him live on stage.

After this Paul and his team take on an entirely new challenge: a DVD titled “2010 – A Live Documentary”, a cinematic journey through his European tour, directed by Max Penzel and with Hannes Stöhr as dramaturge (who both worked on “Berlin Calling”). In order to capture this unique experience, fifteen concerts were filmed by up to eight cameras at the same time and subsequently edited by the Berlin based vector oriented design group Pfadfinderei. The documentary part of the film gives an intimate insight into backstage and “on the road” situations, where Paul’s dry humor, which is so typical for Berlin, can be seen.

Paul’s fifth album “Icke Wieder” is released in June of 2011 on Paul Kalkbrenner Musik. On “Icke Wieder”, Paul transfers the depth and dreamlike quality of “Self” onto a danceable sound. The album reaches gold status with over 100.000 sold CDs and during the following tour he is able to entertain 125.000 fans. These numbers can make your head spin, but Paul keeps his calm. More than anything, he is surprised by his success: “It is strange that my techno-style can be heard throughout the venues. At live shows, where everybody is screaming, everybody is going crazy – and that is exactly what I have been doing for fourteen years now.”

Only one and a half years later Paul’s next album is released. For the first time he can encompass all aspects and facets of his music in a singular and comprehensive stroke on the seventeen tracks of “Guten Tag”. These seventeen tracks form not only a cross-section but are also the essence of everything that came before and to Paul it is his most perfect album to date. And although he stands far away from his fans, he is right there in their midst. Passionate and serene. Down-to-earth with his head in the clouds. Highly concentrated – and ever raving.