Benji Hughes – Waiting For An Invitation… 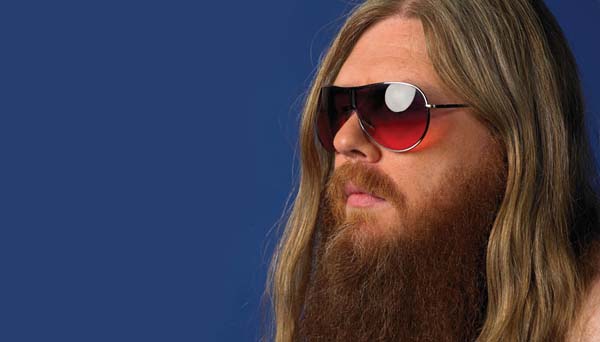 Predictable music is usually the most forgettable. Fortunately for electro-funk artist Benji Hughes, his debut double CD, A Love Extreme, struts with enough ear candy and lyrical surprises to make it one of the year’s most memorable releases. Over the course of two dozen tracks, Hughes keeps listeners guessing with a wildly eccentric blend of jazz, circus dirges, R&B, space rock, folk and electronica. It’s a lush and breathless mix with extreme mood swings, from boundless joy to utter despair.

At times, A Love Extreme feels like it’s about to careen off a cliff, which is precisely what makes the album so compelling. With a rich baritone voice, Hughes charges through the absurd (tight T-shirts and mummies), the mundane (annoying neighbors, dull parties) and the bittersweet (growing old and lost lovers), with groggy melodies, funk rhythms and plenty of humor.

Hughes lives and writes in Charlotte, N.C. He recorded A Love Extreme with producer Keefus Ciancia over the course of four months in 2007. Hughes recently told NPR’s Andrea Seabrook that he wrote so many songs for the album, it was hard to decide what to include.

“There were so many songs that it seemed wrong to leave anything out,” he says. “And to put it all on one CD and make you have to listen to something for way too long… I mean, it’s like, listen to the first CD — it’s about 30 minutes — and if you want to listen to the other one, cool. It just made sense.”

A Love Extreme (a play on John Coltrane’s classic A Love Supreme) would be an impressive album coming from any veteran artist. Beck, clearly one of Hughes’ role models, comes to mind. The fact that this is the product of Hughes’ first time in the studio makes it that much more remarkable. When we close the books on 2008, expect to see A Love Extreme among the year’s best albums.