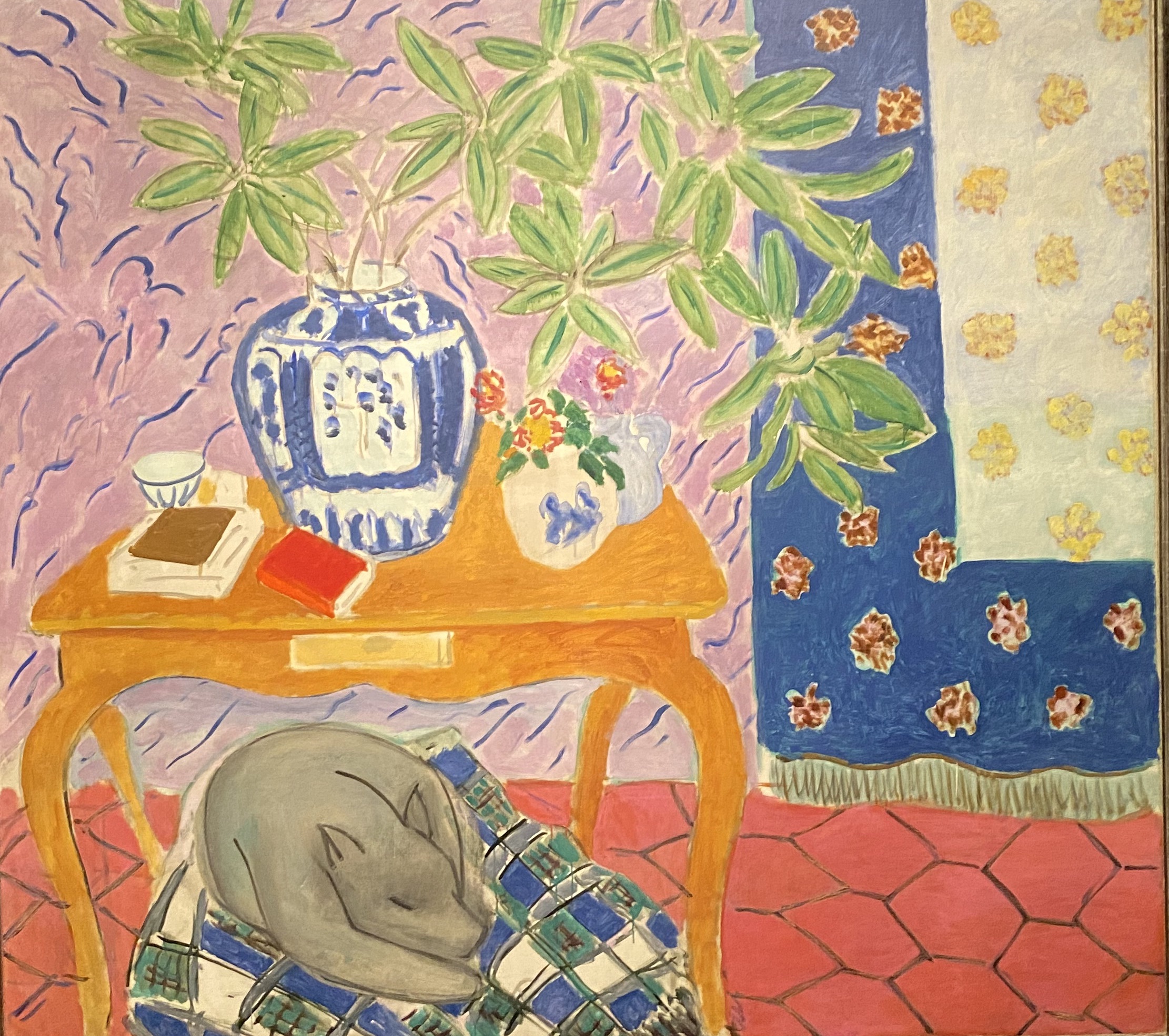 By Tony Zaza, The Roving Eye

The lack of glamor surrounding the current show at the Baltimore Museum of Art, no hype, no bangles and merchandizing, is a tribute to the artist. Let the work speak for itself. One might expect this to be a New Yorkish show, but Baltimore harbours one of the largest Matisse collections in America.   The exhibit features drawings, painting, print materials and an exceptional selection of lesser known Matisse paintings.  It is a pleasant and contemplative tour free of distractions.

Each work is given its space appropriate.

This groundbreaking exhibit tells the story of the more than 40-year friendship and collaboration between the artist Henri Matisse and his champion and patron Etta Cone, which resulted in one of the greatest collections of Matisse’s art in the United States. More than 160 gorgeously illustrated paintings, sculptures, prints, drawings, and illustrated books by Matisse—all belonging to the permanent collection of The Baltimore Museum of Art—are presented alongside new scholarship on these masterpieces drawn from close examination of rare preparatory materials and supporting archival documents. In tandem
with a reevaluation of the artist’s work in relation to contemporary feminism and social history, in-depth explorations of Etta Cone’s life and collecting practice demonstrate how her bond with the artist provided her with a sense of identity, purpose, and freedom from
convention.

Etta, with her older sister Claribel (1864-1929), acquired more than 700 works by Matisse between 1906 and 1949 and bequeathed the majority of them to the BMA as part of a gift of 3,000 objects.  Etta’s dedication and curiosity ultimately lent the Cone collection its characteristic depth and breadth. After accepting Etta’s invitation to visit her in Baltimore in 1930, Matisse realized he could have a major U.S. presence, and began creating and offering Etta specific works of art with the Cone collection in mind.” Among these works are masterpieces such as The Yellow Dress (1929-31) and Large Reclining Nude (1935), rarely shown drawings, and the preliminary studies for his first illustrated book, Poems by Stéphane Mallarmé(1932). The works in the exhibition are generally arranged by acquisition date, demonstrating Cone’s increasingly discerning eye for Matisse’s work throughout their long partnership. A fully illustrated catalog accompanying the exhibition contains new scholarship on the formal, technical, and social aspects of the decades-long working partnership between artist and patron.

I find the world to analytical. Cause and effect. I need more spontaneity, friendliness.

I’m still writing. Although this has been another frustrating depressing day. I’d like to get this depression under control but that’s like saying I want things to be more loving, more kind , more friendly. Devoid of guilt n anger and especially false expectation and disappointment. The a partial list of what seems unavoidable. But still depression is a deep frustration, an unhappiness that there just isn’t a way to keep each other together, unified.