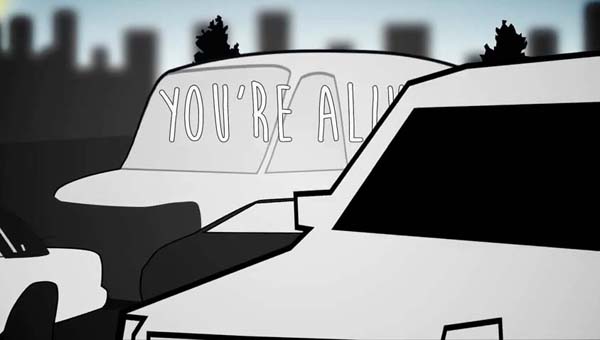 It’s been said that a great song can transport the listener to a specific time or place. If so, the music of Senator and The New Republic is a trip back to the golden age of FM radio, when melody was king and singer-songwriters ruled the airwaves. Led by Adam Greenberg and comprised of a cast of New York’s finest musicians, the band practice in an all-too-uncommon brand of indie-pop that values musicianship and song craft equally.

Adam Greenberg is a singer-songwriter who excels at both parts of his job description. At first glance, he would seem to be a modern-day Harry Nilsson—a comparison Greenberg would welcome—his emotive tenor alternating between pitch-perfect croon and heart-rending falsetto, navigating melodies just slightly too complex to be called singsong. But rather than channel sounds and styles, Adam finds a way to adopt the ethos of the artists that influenced him: the Zombies’ baroque perfectionism, the dark humor and rhythmic quirk of XTC, the playfulness found in Stevie Wonder’s classic recordings, the Jeff Lynne/ELO wall of sound. His personality shines through in the lyrics, alternately poignant and sarcastic, but ultimately relatable. Sometimes clever, but only just so.

On Senator and The New Republic’s self-titled debut, Greenberg combines these elements for a sound definitively his own, from the jangly lilt of “Call My Mechanic” and the breezy melancholy of the first single, “Intermission,” to the psychedelic overtones and synth-scapes of “Overcalculating” and “Bettie Page.” To bring his compositions to life, Greenberg enlisted the help of Grammy-winning engineer Michael Tudor, and an impressive selection of players—among them Jason Hart (Rufus Wainwright), Matt Johnson (Jeff Buckley), Catherine Popper (Ryan Adams) and Bill Dobrow (Black Crowes, Sean Lennon).

Greenberg’s music quickly hit its mark. Initial pressings of the self-titled CD sold out immediately. Senator and the New Republic logged over 385,000 downloads, thanks in part to an iTunes Single of the Week promotion for “Intermission.” The album was simultaneously featured on the main pages of the iTunes Store and CDBaby.com. In fall 2010, the band appeared alongside artists like Thom Yorke and the National as part of the Mark Mulcahy tribute project Ciao My Shining Star, and placed as finalists in the Taylor Elixir Test Drive Acoustic competition, earning Greenberg a pair of new guitars and 10,000 online views for the “Intermission” video. And he’s willing to go door-to-door to spread the word: Greenberg has taken the New Republic on the road for three U.S. tours in two years.

In addition to more touring, 2012 will bring a steady flow of new Senator and The New Republic music in the form of a monthly series of online singles, beginning in February. Greenberg will also produce regular YouTube videos, starting in January, in which he’ll feature new and cover songs, live performances, and special guests. There’s truly no time like the present to let Senator and the New Republic take you on their auditory journey.