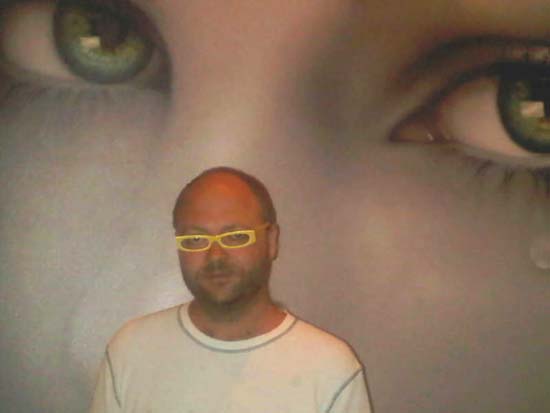 Driving down the county highway that leads to Pachyderm Studio, it’s only natural to start to imagine all of the rock stars over the past 30 years who’ve made this same curious trek. Although the drive isn’t too long, it’s far enough off the beaten path to leave the cityscape far behind in the rearview mirror—that is, if the aforementioned rock stars were even coming from the heart of the city at all.

Did someone pick up Kurt Cobain and baby Frances Bean from the airport and bring them down these dark roads? And what about PJ Harvey, Superchunk, Mudvayne? The commutes for Minneapolis-based bands like Soul Asylum are a little easier to imagine, but the idea of so many hard-edged rock ‘n’ rollers roaring past the sign that reads “Cannon Falls, pop. 4,083″ still boggles the mind.

With so many iconic ’90s alt-rock albums recorded at Pachyderm—Nirvana’s In Utero, Live’s Throwing Copper, Babes in Toyland’s Fontanelle, Soul Asylum’s Grave Dancers Union—I was expecting the ghosts of grunge rockers past to be hovering all around the remote, woodsy grounds of the studio. But as soon as the van I was traveling in steered its way down the driveway and the bright orange trim of the newly remodeled buildings came into view, I got the strong impression that the storied Pachyderm Studio of days gone by is actually very much alive.

The reason for this particular trip to the Cannon Falls studio was to pay a visit to engineer Nick Tveitbakk with a van full of my radio colleagues. Tveitbakk has a long history of working in studios in the Twin Cities, including several years co-owning the Sound Gallery and years working with John Kuker at his Seedy Underbelly studio before it was relocated to Los Angeles, and Kuker recruited Tveitbakk to help him remodel and run Pachyderm when he purchased it out of foreclosure in mid-2011. (Update: Sadly, on Feb. 2, John Kuker passed away at age 40.)

To say that the property had fallen into disrepair by the time Kuker purchased it doesn’t quite paint the full picture; it was literally falling apart.

“This place was really, really trashed,” Tveitbakk says, stopping us in the entryway to ask us to remove our shoes so we don’t tarnish the perfect, plush new orange and navy carpeting. “The roof was falling in, and there were rats and raccoons and people living in the attic.”

A few of us let out laughs of disbelief. Wait, people?

“It probably took a year, almost two years just to root out all the weird meth head guys that were squatting here while this place was in shambles,” he continues. “I mean, this remodel took almost three years. It was that bad.”

Tveitbakk says they started remodeling the smaller building that contains the recording studio first, brought in new equipment, and then quietly started engineering albums for local artists down in the studio while the contractors got to work fumigating and overhauling the main house. The work was finished in early 2014, just in time for artists like Trampled by Turtles, Jeffrey Foucault, and Motion City Soundtrack to load in their luggage for month-long stays.

As we move around the balcony of the airy, two-story living room, wander past the fireplace made famous by Nirvana’s only photo from their Pachyderm sessions, and congregate around a mid-century modern hutch in the dining room, one thing becomes glaringly apparent: every aspect of the building’s original 1960s aesthetic has been lovingly restored, right down to the rust-colored lampshades and flawless wood paneling.

“That was all John,” Tveitbakk says. “A lot of the local contractors would come in with these weird Menards countertops, and we’re like, ‘No, we’re trying to restore this to look like 1962.’ John’s just all about ‘60s and ‘70s, orange and gold, brown. So this house is like his dream home.”

A hidden downstairs tiki bar opens to an opalescent black-tiled swimming pool, and retro-outfitted bedrooms wait around every corner. With enough beds and couches to sleep a dozen people or more, it’s easy to see why most bands choose to live on the grounds while recording their albums.

“When we loaded in our gear to the space, there was a doe just sitting by a tree like five feet from where we were walking, just waiting for its mother,” remembers Motion City Soundtrack’s Joshua Cain. “Like, it was the safe spot for it. And I think Pachyderm’s a safe spot.”

“What’s nice is sometimes you can’t get away from what’s going on and you get music fatigue, but this way you can always get away if you need to,” adds Motion City frontman Justin Pierre. “And I don’t want to get too goofy about it, but just being in the same place where Nirvana made In Utero–there was something about that. There was something magical.”