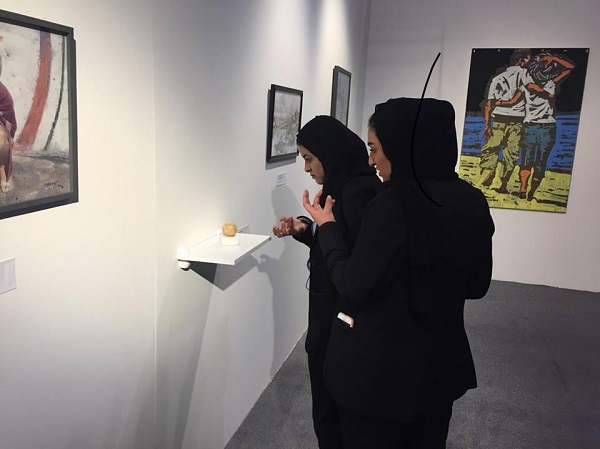 Bahrain foremost contemporary art fair is held under the patronage of the country’s top officials, who feel obliged to help artists find their audience, buyers, and, above all, lay the foundation for emerging talented generation. What was it like this year? Find out from our eyewitness report.

From March 23-26 the International Exhibition & Convention Center in Manama, the Kingdom of Bahrain, hosted the second contemporary art fair Art Bahrain Across Borders 2017 (ArtBAB 2017), curated by the team of British experts led by Alistair Hicks, Jonathan Watkins and David Hawkins. 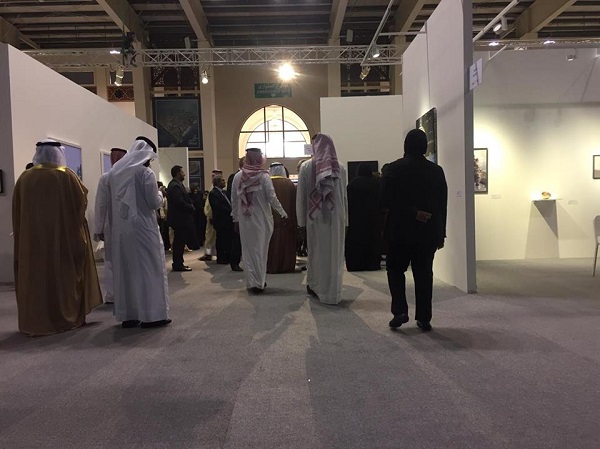 Taking place only for the second time and as opposed to such art fairs as Positions Berlin, Barcelona International Art Fair or Rotterdam Contemporary, ArtBAB 2017 was staged with consummate care – in particular the team’s work, voluntary help, an opportunity to arrange the artists` works outright on the stands, as well as excellent professional lighting.

Taking into account external advertising and the patronage of the Queen consort of Bahrain herself, ArtBAB 2017 enjoyed immense popularity among the locals and became a major focus of public attention in the Persian Gulf region. 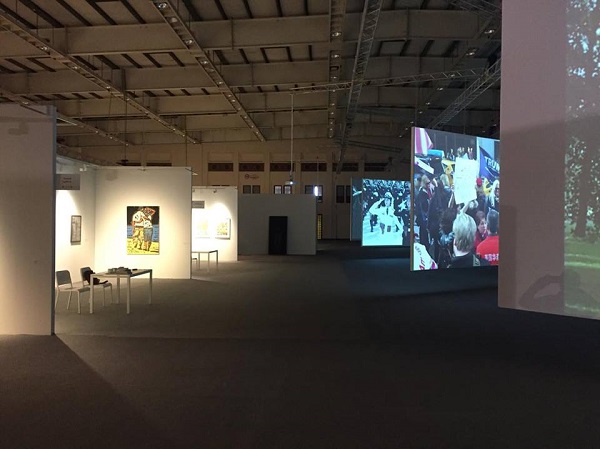 In fact, as far as the art fair participants are concerned, ArtBAB 2017 proved to be not inferior to its competitors such as Art Dubai, and   was apparently expected to be a success: apart from Indian galleries, European galleries were represented by Maddox Gallery (London, UK), TSEKH (Kyiv and Vilnius, Ukraine-Lithuania), David Risley Gallery (Copenhagen, Denmark), Temnikova & Kasela (Tallinn, Estonia) and Charraudeau (Paris, France).

The prices for the art were reasonable and commensurate with average European ones. Substantial purchases were made for corporate and private collections, for instance, several pieces of art, that had previously belonged to TSEKH gallery, entered some of the Bahrain private collections. Moreover, the art fair attracted cross-border investment through foreign businessmen working in the region. Among other things, the curators livened up the event with numerous workshops and panel discussions such as the discussion on the art market issues.

It appeared to me, that Eastern European galleries, in spite of such a vivid presence of their original and innovative content, constituted  an exception rather than the rule.

Video art by China`s Cao Fei, and even more so by Japan`s Shimabuku and Estonia`s Flo Kasearu – their works occupied almost a third of the exhibition center – emotionally attenuated the modernist message of the art fair. Such were the oriental landscapes and abstractions, a few portraits, animalistic paintings, some of the objects, attracting visitors from the very first glance, looked already familiar or rather “in the style of Damien Hirst” – especially horses designed in different materials and techniques.

Realizing the importance of contemporary art for the economy and the image of the country, not only Her Royal Majesty, but also other high-ranking officials drew attention to the exhibition by their personal appearances, visits to the stands, and sometimes even by expressing their preferences to certain works of art. In addition to the aforementioned, some modern galleries and artists from Oman, The United Arab Emirates, Syria were also represented at the art fair. 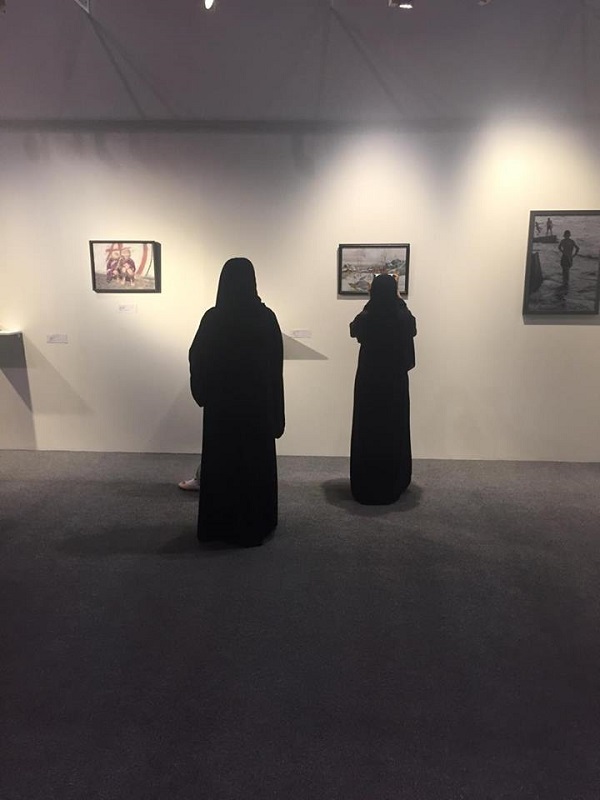 The attendance of Art Bahrain Across Borders stood out as having a high profile. The elite of the Kingdom delicately welcomed our art. It should be noted that the general public of Bahrain was not only willing to accept contemporary visual art, but was also very considerate towards the outstanding and challenging achievements of European art, such as Mykola Bilous’ innovative method of harmonising colours as well as extraordinary watercolours by Yevhen Petrov.

Great interest on the part of the top officials, and what is more, the genuine convergence and tight communication between different cultural identities are an indication of a favorable attitude towards the event.

It goes without saying that visual art so different from the conventional art context may not hit the taste of the public all at once.

On the whole, the very staging of such a high-level art fair as Art Bahrain Across Borders 2017 is a great achievement for the whole region, country, organizers, curators and ordinary visitors.

Images: (Hereinafter – Art Bahrain Across Borders 2017/ All the pictures have been provided by the author of the article.)

(The author of the article expresses his gratitude to the Kingdom of Bahrain, Manama and the International Exhibition Center for their cordial hospitality and warm welcome.).

The article was originally written and published for Art Ukraine.