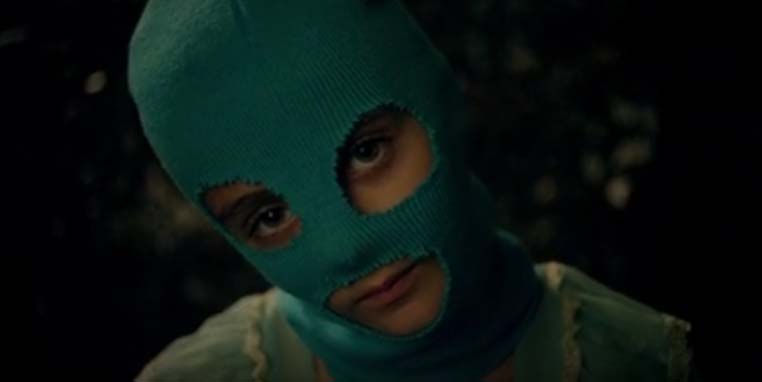 Female power and female sexuality are yet need to be discovered. Discussed. Performed. Lived up.

Women were slaves of the world for centuries. Women’s got their right to vote less than 100 years ago. Russia (1917), US (1919), Switzerland (1971). We’re still just about to build another roles, norms, ethics for vaginas owners.

And the owner of vaginas is not some narcissistic stupid orange ape who’d claim that he could easily grab women by their pussies. The owner of vagina is a woman. Who wears her vag as a badge of honour.

Pussy is a new dick, ladies.
Oh bondage, up yours

Thanks yet again to Rob Healy and the Ace Hotel!
Thanks to Dave Ayers and to Big Deal Music!
Thanks to Brandon Creed and his incredible team.
Thanks to Peter Verzilov!