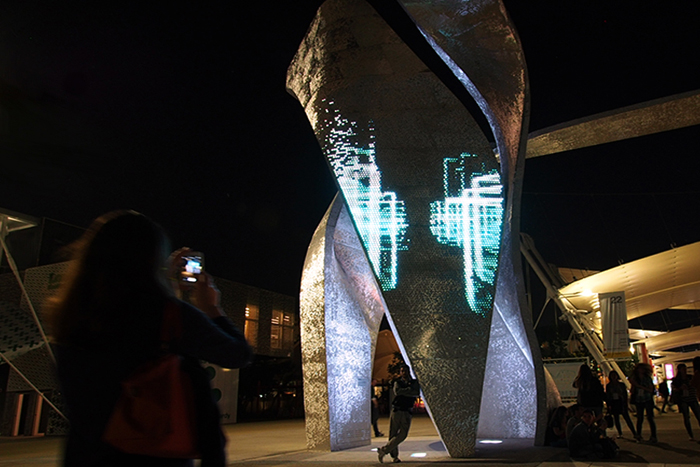 The new gold and navy diamond pattern is inspired by lightening.

Singapore – July 17, 2015 – Immersive (www.immersive-london.com) created animation and projection for Arsenal’s reveal of the new 2015-16 gold and navy away kit. The launch took place during pre-season tour in Singapore. The design is based on the 2001-02 double winning season, with manager Arsene Wenger hinting that the return to a similar changed strip of the 2001-02 campaign will produce the same degree of success achieved that year. The electrifying visuals showcased the new lightening themed logo. The projection first showcased the new red home kit, then transformed via electrical sparks and energy, powered by the fans chants, to the gold away kit.

The event was live-broadcast around the world. Immersive are no strangers to live-events, in fact earlier this year they won #8 Most Innovative Company of 2015 in live-events in Fast Company Magazine “for creating the grandest projection mapping the world has ever seen”. Which made them the experts needed to wrap their distinctive animations around the gigantic physical torso model in exactly the same way that the shirt is wrapped around the virtual 3D model. So, the content looked great for the fans from all angles of the stage, not just from a central TV-camera viewing angle.

Immersive were responsible for all content creation and generally in charge of all creative aspects of the project, including ensuring that the 2D design files from Puma of the 3 Arsenal / Puma kits would fit the Torso model via accurate texture painting and that, through a lot of feedback with PUMA, the football kits were an accurate representation of the real shirts themselves. Immersive worked with creative agency Innovision and interpreted their brief and storyboards in order to create all the content. A further creative challenge was to make sure that the designs and logos were not distorted as a result of the inevitable stretching of designs of the Arsenal shirts onto the torso model. A lot of time was spent making sure that the shirts were as accurate as possible.

Immersive’s technical department re-designed the 3D model provided by the client’s physical model builder to make it easier to map on site without loosing any essential geometry required for accurate mapping of the torso surface. They also devised the UV map for the model, which was given to their content creators so the pixel definition could be maintained while mapping round this complex surface. The torso was mapped in around 8 hours the night before the event. 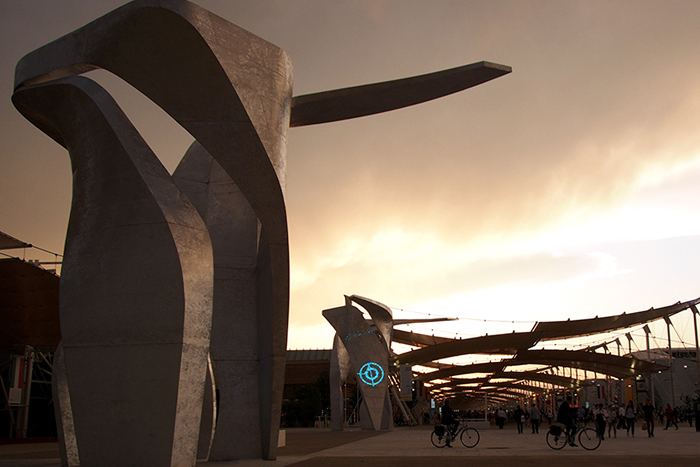 Redesigning the model was key to being able to have a workable mesh to map with onsite. Most of the work was done prior to arrival in Singapore, but the projector position and lens shift had to be worked-out on-site and that information input into the virtual environment of the Avolites Ai media servers. The outdoor setting meant the window in which Immersive could map the surface was short, but fortunately Ai has a wealth of mapping tools that help overcome uncertain parameters in a tight turnaround on-site environment.

“Having developed and used the Ai system at Immersive since day 1 of its existence, we have had the opportunity to map and plan pixel and projection mapping projects all over the would at every level of production,” commented John Munro, director of Immersive. “That being said this project was still a challenge but we are fortunate to have a deep experience of the node based tools available in Ai that make it such a unique medium for projection mapping; it’s array of options enabled Immersive to quickly try multiple approaches and settle on the most elegant and efficient solution for this particular situation” he added. 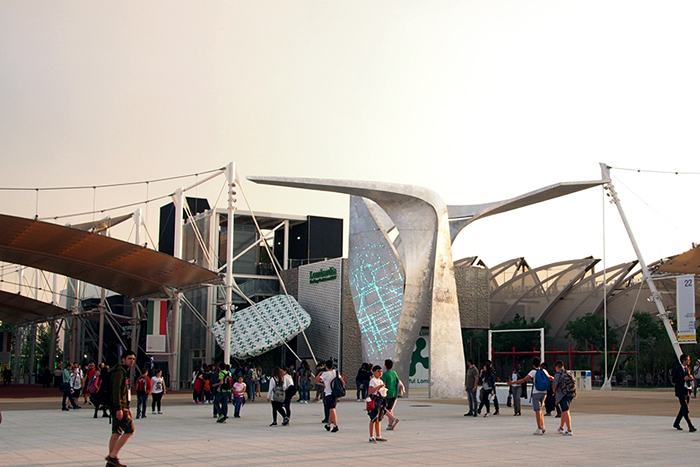