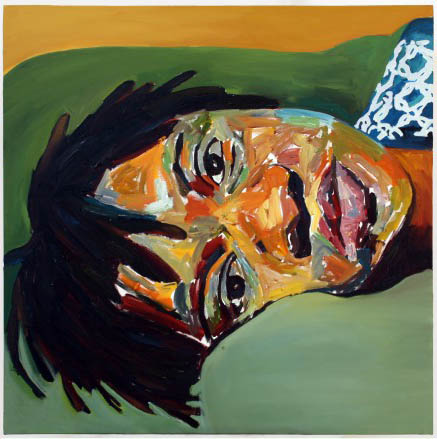 Within the paintings of Beverly Mclver you can always find an abrupt tension between the faces of her subjects and the objects that accompany them.  In the self-portrait, Eyes Wide Open (2013), McIver utilizes a diptych to illustrate a moment where her eyes are closed, and when they are gaze directly at her viewers.

A kaleidoscope of color permeates the surface of her face, as if she were lying under a window—the dancing light of an autumn afternoon splayed on her nose, cheeks, forehead, and mouth. Her expressionistic brushstrokes and palette are swift and passionate, yet fluid and precise. The myriad of color that sculpts her face is reflective, entangling experiences and emotions external to this body—to this face. While McIver’s style of portraiture is innately expressive, it does not reveal the story behind the face, it shields it.

McIver confesses, “As a child I had a dream of becoming a clown … Clowning was my disguise, my liberation.” Her painting functions as a space, in which the artist questions the instability of her identity. While the face is malleable, objects outside of the body are constructed in a dissenting fashion.  The sofa McIver rests upon in Eyes Wide Open, ignites a tangible friction against the “masklike” edifice of McIver’s face. She is surrounded by cool, geometric bands of sea foam green and honeycomb yellow. 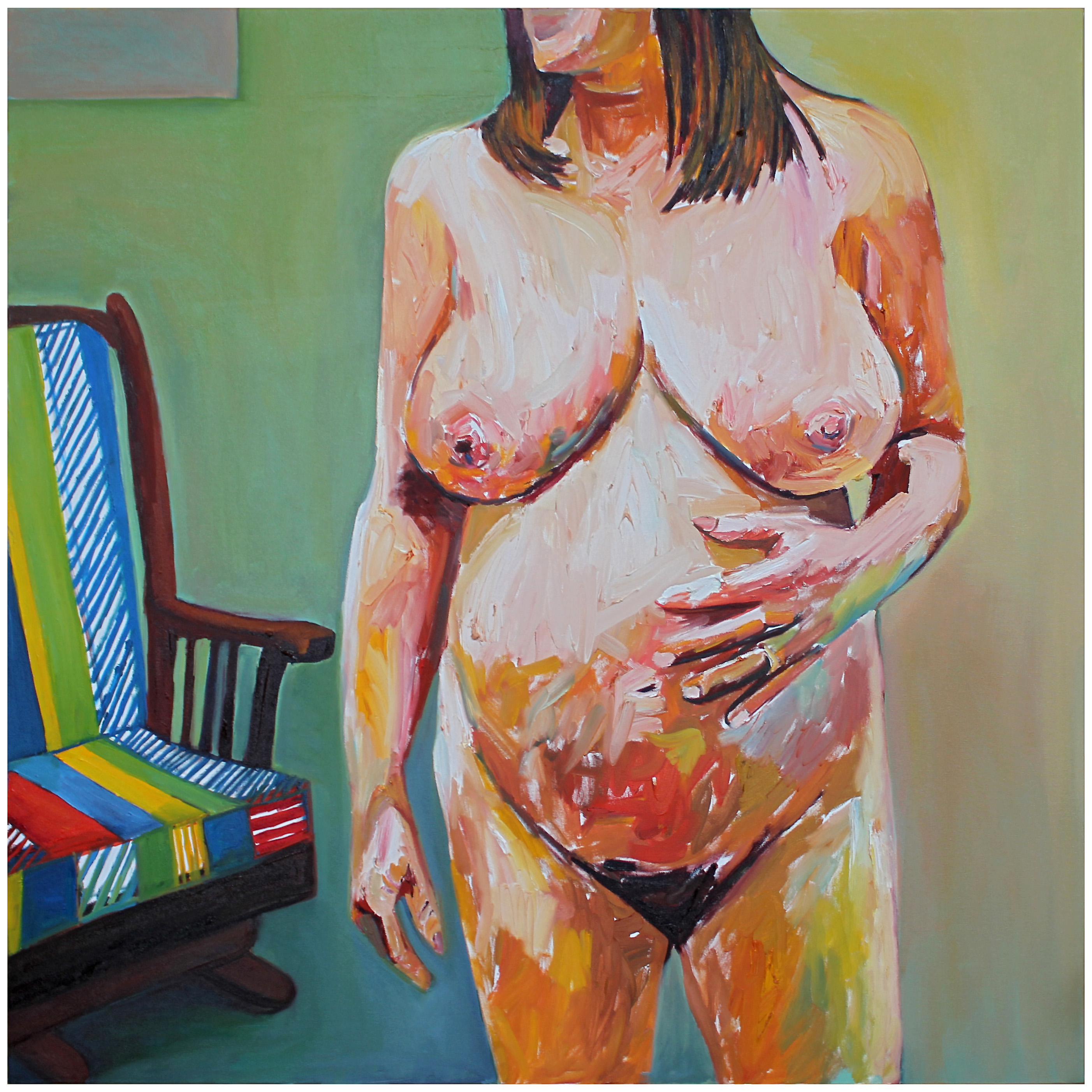 This same dialogue between subject and object is repeated in Annah Pregnant (2013), which illustrates a close friend of the artist, pregnant and unclothed.  The composition of the piece elucidates a discourse between Annah’s naked body and a chair that resides in the left side of the painting; the edge of a picture frame is barely visible in the upper left hand corner.  Annah’s face isn’t revealed to the viewer, but her chin points towards the chair behind her. The vigorous and curt brushstrokes fly in all different directions across the body. Her belly, arms, and breasts appear to be in flux, or in transition; her right upper thigh is blurred on its periphery. In contrast, the chair is concrete and stable. Incredibly opaque and axiomatic, the chair exposes the uncertainty of the body within the space.

Betty Cuningham Gallery exhibits paintings focusing on McIver’s self-portraits and paintings of her close friends and family. The show, as a whole, delineates the artist’s provocation with racial stereotypes and gender binaries. As an African American female artist, McIver uses her own face as a canvas, where she can uncover her true self—beyond the mask—in such a way that disentangles these norms of oppression and constant marginalization. We experience this existential journey with the artist through these double takes, fleeting bodies, and brazen clown faces.