‘After Year Zero’ at Museum of Modern Art, Warsaw 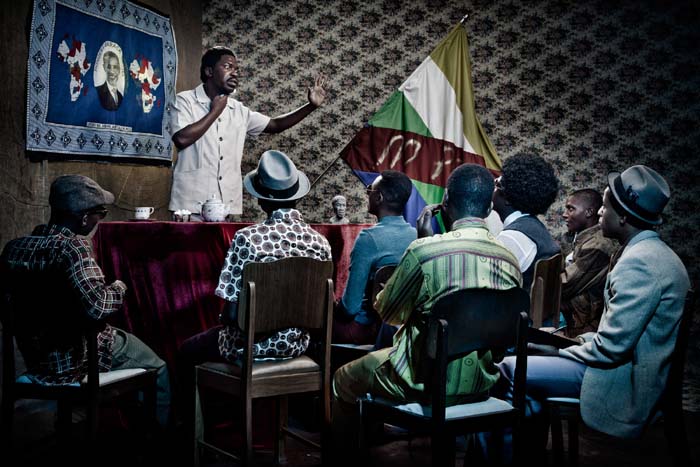 “After Year Zero” investigates geographies of collaboration and the politics of universality after 1945, during the period of decolonization. The Museum of Modern Art in Warsaw hosts the second presentation of the exhibition, which was initially produced and presented at the Haus der Kulturen der Welt (HKW) Berlin in 2013. Museum of Modern Art together with HKW also announces the publication of an accompanying book of the same title.

“After Year Zero” presents works by selected artists, films, documents and archival material  exploring relations between two distinct political and historical “frames” of the emergent postwar order: the bipolar confrontation dominating the northern hemisphere as it was being divided  by the Iron Curtain, and the rise of the Third World against the backdrop of what the author Richard Wright, in his book-length report from the Bandung Conference in 1955, termed the “Color Curtain.” The exhibition considers how we can contrast continuities and discontinuities, both in the case of Europe and the West after 1945 and in that of former colonies that asserted their independence in the decades following the defeat of facism.

The exhibition developed out of a series of workshops and nomadic discussions held in Algiers, Dakar, Johannesburg, Paris, and Brussels under the title “Matters of Collaboration”. In the  workshops, dedicated to critically engaging historical and contemporary relations between  Europe and Africa, two radically different aspects of “collaboration” have been explored:  collaboration with an enemy or adversary, and collaboration as the creation of common ground and the making of political imaginaries, as “working together” (in the original sense from Latin, co – laborare). The double-edged term “collaboration” consistently puts into question colonial modernity’s identitarian and “Manichean” logic (Frantz Fanon) and its long afterlives in the present day. The term directs attention instead to a grey zone, characterized by the in-between and by radical asymmetries of power at the same time. “Collaboration” also draws attention to relations between individuals, and to frameworks and systemic parameters that they undermine or transform. The concept, as a way of interrogating the global order of colonial modernity in transformation before and after the Second World War, highlights the degree to which  “modernity” has been “from the start a North-South collaboration” (J.L. & J. Comaroff). 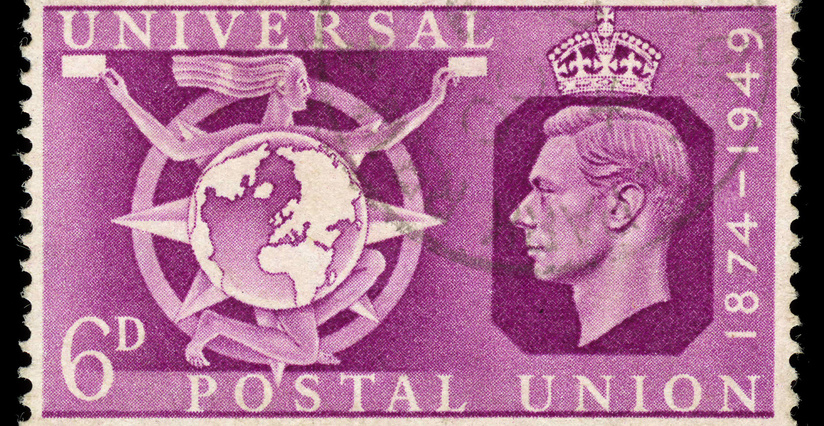 The Otolith Group, “In the Year of the Quite Sun”, 2013. Courtesy of the artists

An interrogation into the narrative ordering of history reveals battles around the concept  of “universality” as milestones in forging political imaginaries of global order. Anticolonial  movements have long rejected universalist claims of the colonial “civilizing mission.” The “collapse of civilization” in Europe has led not only to the foundation of the United Nations and newly  inclusive universalist vocabularies on both sides of the Iron Curtain, but also to a reinvigorated critique and re-formulation of the universal from within the space of racial exclusions. 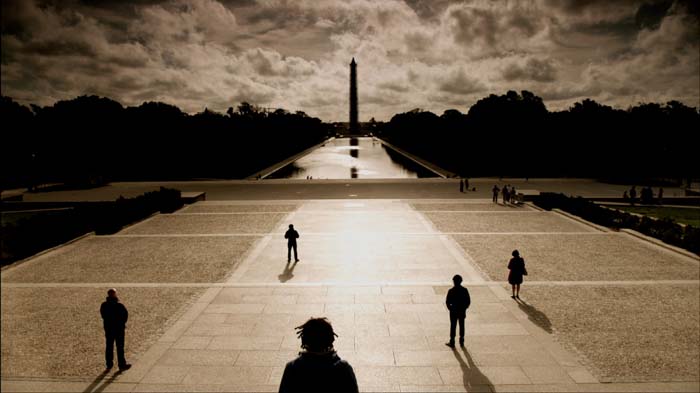 In “After Year Zero”, the post-1945 struggles are the starting points for an exploration of breaks, new starts, and continuities that – both openly and in concealed fashions – have determined framework conditions of the New World Order and the architecture of contemporary global  relations and institutions. In the exhibition, these developments are documented in archival-display vitrines and contrasted to the history of Pan-African Congresses organized since 1900 in the lead-up toward independence efforts, and to political alliances including organizations  of Afro-Asian solidarity and the Non-Aligned Movement. 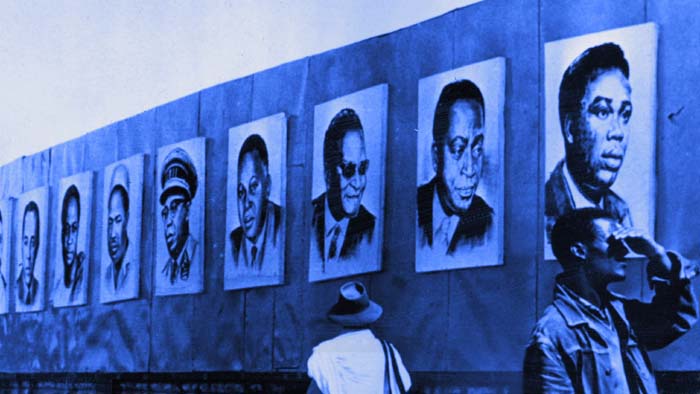 Among the exhibition’s artworks, John Akomfrah’s 2-channel installation “Transfigured Night” is a visual and auditive montage speculating on the “narcoleptic” relation of the post colony to its  citizens, departing allegorically from the mystical love poem by German romanticist Richard Dehmel that inspired Arnold Schönberg’s eponymous string sextet at the turn of the 20th  century. Yervant Gianikian and Angela Ricci Lucchi present their work with archival film materials from Fascist Italy’s 1935 invasion of Ethiopia, which has led to their film “Pays Barbare” (2013). The Otolith Group presents a work on postage stamps produced in Ghana between 1957 and 1966, assembling them into a “political calendar” of Pan-Africanist imagery. Kader Attia traces Afro-American and African genealogies of blues music.

After Year Zero begins with a short film by Jihan El-Tahri, “Flag Moments”, that depicts  independence celebrations across various states in Africa. The film includes a discussion with former ANC spokesperson Jesse Duarte recalling quarrels around seating order for a state  dinner in 1994 – an official event commemorating the end of apartheid. It may seem that African anticolonial aspirations had finally been fulfilled throughout the continent, coming full circle from the first Pan-African Congress, in 1900. Yet the state dinner also symbolizes how an exit from one frame is not necessarily a step into fresh, blank territory. 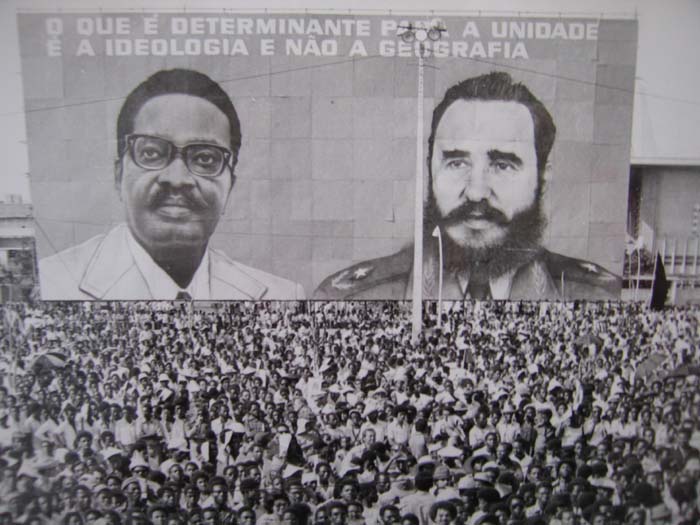 The exhibition is enlarged at the Museum of Modern Art in Warsaw from the Berlin edition of “ After Year Zero”, which had been co-curated by the artists and was based largely  on commissioned film installations. The diversity of artistic media range from painting, with two works by Daniel Kojo-Schrade from his Afronauts series, and photography including Kiluanji Kia Henda’s triptych “Redefining the Power”, which plays with the power of representation  in appropriating monumental leftovers of the colonial past. The works of these two artists can be seen as two line of flights out of memophilia toward a future that must be invented, rather than awaited.

“After Year Zero” is a production of Haus der Kulturen der Welt and Museum of Modern Art in Warsaw. The project is based on a series of workshops held under the title Matters of Collaboration in 2012 in Algiers, Dakar, Paris, and Johannesburg in cooperation with the Goethe-Institut in Brussels and with funding from the Excellence Initiative of the Goethe-Institut.

Courtesy of the Museum of Modern Art, Warsaw, Poland
www.artmuseum.pl