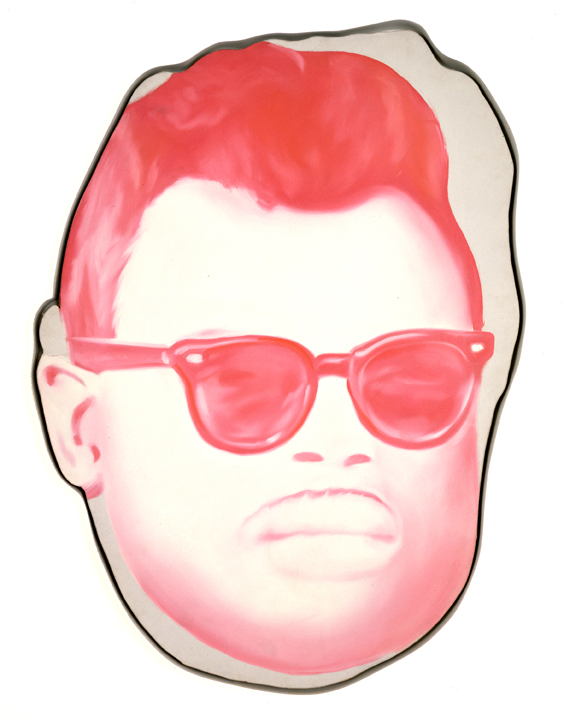 “The Shaped Canvas, Revisited,” currently on view at the Luxembourg & Dayan Gallery on 77th street, just off Madison Avenue, takes “The Shaped Canvas,” curated by Lawrence Alloway at the Guggenheim Museum in 1964 as a point of departure and augments it with new work by younger artists. The curators cite as precedents exhibitions of the period that exposed complex developments in painting-sculpture hybrids such as “Shape and Structure” at the Tibor de Nagy Gallery in 1965, curated by Frank Stella, Henry Geldzhaler, and Barbara Rose.  To this, one can add “Eccentric Abstraction,” curated by Lucy Lippard, which was also in New York in 1965, and which traveled to the legendary Ferus Gallery in L.A. in 1966.  Human culture as a whole was evolving explosively in the 60s and 70s, and the arts were vibrantly blossoming in all directions.  Lippard’s contribution to the recognition of Earth Art and Conceptual Art is well known through her magazine articles and books at the time, and she was on the scene, directly engaged in the innovations in dance, performance, installation art, Arte Povera, Nouveau Realisme, and Idea Art.

The 28 artists in “The Shaped Canvas, Revisited” each use formal qualities of mixed painting and sculpture differently, which, in itself, is an excellent reason to take in this show.  The works are engagingly installed on 4 floors of an immaculately restored townhouse, and at the entrance you find yourself standing between a Stella shaped geometric abstract from his second classic series and a Pop shaped canvas of red lips and emerging cigarette smoke by Wesselman, a juxtaposition that is electric.

Installed high on the wall, a small piece by Fontana in gold is covetable and also sort of kitsch. Ron Gorchov has worked for decades with a uniquely shaped canvas, and while the piece shown is not his most exuberant, his commitment to the shaped canvas deserves greater exposure.  Classic knot pieces by Lynda Benglis and the humble force of an unassuming Richard Tuttle are in wonderful company with fine inter-formal works by Elizabeth Murray, Kenneth Noland, Claes Oldenburg, Steven Parrino, Harvey Quaytman, and Richard Prince. It is a pleasure to looks at these pieces and share the artists’ feelings in sensing the processes involved in their facture.  The works are vital, refined, and, at times, hilarious.