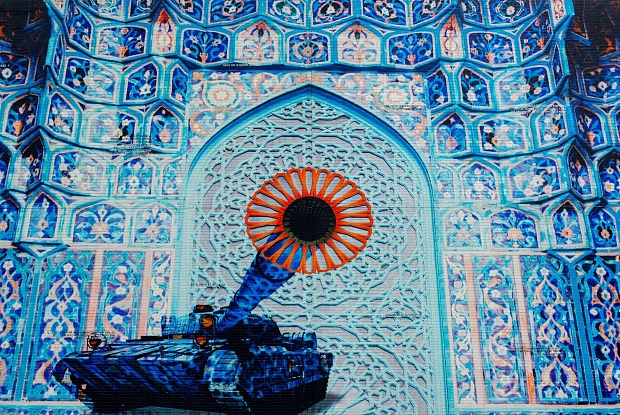 The Saudi Arabian artist Abdulnasser Gharem will open his first US solo show at the Los Angeles County Museum of Art (Lacma) next month. The artist, who was until recently also a lieutenant colonel in the Saudi Arabian army, is known for his politically and socially engaged works that draw on his Muslim heritage. Abdulnasser Gharem: Pause (16 April-2 July) includes 11 works of sculpture, prints and film, all of which were created after a significant moment for the artist, when he says “the world stood still”—the 2001 attacks on the World Trade Center towers in New York, where two of the hijackers were former classmates.

The exhibition also comes on the heels of President Trump’s revised immigration ban, which suspends entry visas to the US for citizens of six Muslim-majority countries—Iran, Somalia, Sudan, Yemen, Syria and Libya—for 90 days, with the promise of more “extreme vetting” of migrants in the future. “Some of the works reflect on what’s happening both in Saudi Arabia and in the US,”  Gharem says. “But I am not picking a side, I’m just trying to be a mirror to my society.”