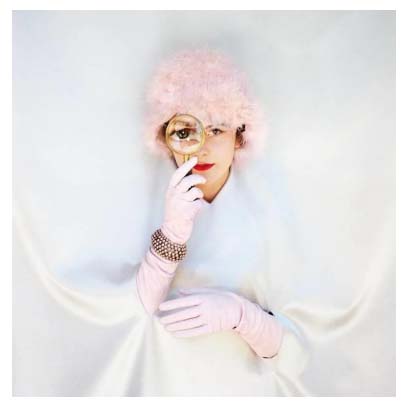 Celebrating its 36th edition, The Photography Show, one of the world’s most highly anticipated annual photography events, will be held April 14-17, 2016, at the Park Avenue Armory in New York. Presented by The Association of International Photography Art Dealers (AIPAD), the fair is the longest-running and foremost exhibition dedicated to the photographic medium.

Eighty-six of the world’s leading fine art photography galleries will present a wide range of museum-quality work, including contemporary, modern, and 19th -century photographs as well as photo-based art, video, and new media. The Show will commence with an opening night preview on April 13, 2016.

Last fall, Alex Soth was one of seven photographers chosen by the New York Times Magazine to contribute work for their “Voyages” issue. A fan of the 2003 movie Lost in Translation, Soth decided to stay for five nights at the Park Hyatt Tokyo, where the film was made. Among the highlights at Weinstein Gallery, Minneapolis, will be the artist’s self-portrait with a reflection of the Tokyo cityscape as well as a series of portraits he made of people including singers, a sushi chef, and teachers who came to visit him at the hotel drawn by his ads on Craigslist and other internet sites.

A newly discovered image by Tina Modotti made in 1930 during her brief stay in Berlin will be on view at Richard Moore Photographs, Oakland, CA. After her expulsion from Mexico due to her ties with the Communist Party, Modotti tried to establish herself as a working photographer in Berlin. Only a handful of photographs made by Modotti in Berlin survive, and none is executed with the artistry and modernist vision of this image.

IN CURRENT AND UPCOMING MUSEUM EXHIBITIONS

From the 1930s through the early 1960s, Morton Bartlett, a Boston-based graphic designer and commercial photographer, had an unusual hobby. He created lifelike dolls from plaster and photographed them. Ballerina, c. 1940-1950, is the largest and only exhibition print known to exist of one of his doll images. Bartlett’s work can be seen at Julie Saul Gallery, New York and will be included in a major exhibition at the National Gallery, Washington DC, which will also travel to The Metropolitan Museum of Art, New York, and the Los Angeles County Museum of Art in 2018.

Imbued with an elemental vastness, the acclaimed Korean artist Jungjin Lee’s photography encapsulates a world of stillness and wonder. Her meditative landscapes present a unique interplay between image and material, capturing a rare quality that earned her an early retrospective this year at the Fotomuseum Winterthur, Zurich. Lee was one of twelve renowned photographers who traveled to Israel and the West Bank between 2009 and 2013 to create work for This Place, a major traveling exhibition, which will be at the Brooklyn Museum from February 12 – June 5, 2016. Her photographs will be on view at Howard Greenberg Gallery, New York. PGI, Tokyo, will present photographs by Takashi Arai and Munemasa Takahashi, whose work can be seen in the upcoming traveling exhibition In the Wake: Japanese Photographers Respond to 3/11 at Japan Society Gallery in New York from March 11 – June 12, 2016.

Daniel Beltra’s newest work on Iceland and Greenland is garnering international acclaim. His photographs were used in the 2015 United Nations Climate Change Conference in Paris and featured in The Guardian and Smithsonian to document the melting glaciers and climate changes. His dramatic images will be on view at Catherine Edelman Gallery, Chicago. A new work from Stephen Wilkes’s ongoing and acclaimed global project Day to Night can be seen at Peter Fetterman Gallery, Santa Monica. A new series within the project depicts national parks in the U.S. and abroad. The images are featured both on the cover of National Geographic’s January 2016 issue and in a story in the magazine about the centennial celebration of the National Parks Service.

Hans P. Kraus Jr. Fine Photographs, New York, will show a circa 1867 albumen print The Garrison, Columbia River by Carleton Watkins. Masterfully composed, the mammoth-plate scene depicts a riverside log cabin in the midst of a serene but rugged landscape in Oregon, with the landmark Castle Rock captured in the distance. The print has been exhibited at The Metropolitan Museum of Art, New York; the San Francisco Museum of Modern Art; the National Gallery of Art, Washington, DC; and The J. Paul Getty Museum, Los Angeles. The Englishman Francis Frith (1822-1898) was among the first photographers to extensively document ancient Egyptian sites, producing images that were widely popular at the time and served as iconic representations of ancient pharoanic culture to the Western eye. Cheop’s Pyramid at Giza from the Southwest was achieved during his 1857-58 journey and is a quintessential rendering of the pyramid structures, both documentary and nostalgic at the same time. The mammoth-size albumen image was produced survives in perfect condition. It served as part of an extremely rare publication that was the largest 19th -century book illustrated with original photographs and will be on view at Charles Isaacs Photographs, Inc., New York.

Swiss born Henry Leutwyler was given unlimited access to the New York City Ballet in 2012. Known for his exclusive photographs of Misty Copeland, Leutwyler photographed the NYCB for 30 days during warm up, rehearsal, performance, and backstage preparations. These motion and passion filled photographs nod to Alexey Brodovitch’s early ballet photographs from the 1930s and can be seen at Foley Gallery, New York. Performer, photographer, and painter, the Dutch artist Teun Hocks is known for creating narrative images that are drawings, photographs and paintings, and reminiscent of theatrical sets. He places himself in front of a backdrop he has created and takes a picture in black and white; then repaints it with oil colors. His work can be seen at Paci Contemporary, Brescia and Porto Cervo, Italy.

Important examples of 20th -and 21st -century photojournalism with an emphasis on civil rights and humanitarian images will be exhibited by Monroe Gallery of Photography, Santa Fe. Steve Schapio’s image of an African American woman holding a sign that states “Stop Police Killings” at the Selma March, 1965, echoes today’s headlines. Charles Schwartz Ltd., New York, will show a photograph of the moon from the Lunar Orbiter project in 1966, which enabled NASA to determine where it would be possible for man to land on the moon. The image shows the crater Copernicus, one of the most prominent features on the face of the Moon. This print is from the collection of George Keene, who headed the team responsible for visually mapping the moon during the Apollo program. Keene’s work on the Lunar Orbiter project yielded images of the moon’s surface that were unprecedented in their precision and sharpness. During his residency in Giverny, France, artist Pip Nguyen-duy made images of botanical specimens from Claude Monet’s garden that can be seen at ClampArt, New York. 798 Photo Gallery, Beijing, will show a panoramic fantasy view of the Statue of Liberty by Qing Peng made by collaging found images. Roger Vail began photographing carnivals and their thrill rides in 1970. He allows the viewer to experience the flux of the rides’ cycles in a single scene, rendering both the atmosphere of the night and the energy of the motion. His work will be on view at Joseph Bellows Gallery, La Jolla, CA.

Yossi Milo Gallery, New York, will exhibit the recent work by Alison Rossiter, who continues her minimal, geometric pieces, made by dipping expired photo paper into liquid photo developer or by pouring or pooling it directly on the paper. By doing so, the artist brings out the paper’s unique blacks and mid-tones while leaving the white areas untouched, and then stops and fixes the prints in standard photographic process. Catherine Couturier Gallery, Houston, will present historically important photographs from André Kertész as well as a large collection of photography by Jerry Uelsmann including some of his never before seen color work. Edwynn Houk Gallery, New York, will offer work by Lillian Bassman, Robert Frank, Sally Mann, Abelardo Morell, and Edward Weston. Kicken Berlin, will exhibit a themed exhibition of abstract work by postwar avant-garde artists as well as work by contemporary artists interested in the metamorphosis of the visible world through the camera lens. VERVE Gallery of Photography, Santa Fe, will show new work by Maggie Taylor, who is known for her digital photomontages which depict a richly nuanced dream world where women with 19th century faces float like balloons and wear fish as hats, and mammals sport wings in Renaissance landscapes. New work by Julie Blackmon and Cig Harvey will be on view at Robert Mann Gallery, New York. Throckmorton Fine Art, New York, will bring works by Gustave Le Gray, Désiré Charnay, Lucien Clergue, Manuel Álvarez Bravo, Lola Álvarez Bravo, Henri Cartier-Bresson, Imogen Cunningham, Tina Modotti, Edward Weston as well as work by contemporary artists Graciela Iturbide, Marilyn Bridges, Flor Garduño, Christian Cravo, and Mario Algaze.

Saturday, April 16 The Photography Show will present a series of panel discussions featuring leading curators, artists, dealers, and journalists from 10 a.m. though 5 p.m. on Saturday, April 16. Topics will include artists and the internet, collecting, photography book publishing, and artists’ processes in the digital age.

Wednesday, April 13, 5 to 9 p.m. The Opening Night Preview for The Photography Show will be held on Wednesday, April 13, 2016 from 5 to 9 p.m. at the Park Avenue Armory. Tickets for 5 p.m., which include two singleday tickets and one copy of the AIPAD Membership Directory and Illustrated Catalogue, are $250 each. Tickets for 7 p.m., which include a one-day Show pass, are $150 each. Tickets may be purchased online and onsite at aipad.com/tickets. For more information visit aipad.com.

AXA ART is the world’s leading art insurance specialist. International reach, unrivalled competence and a high quality network of expert partners distinguish AXA ART, the only art insurance specialist in the world, from its generalist property insurance competitors. Over the past 50 years and well into the future, AXA ART has and will continue to redefine the manner in which it serves and services its museum, gallery, collector and artist clients, across Asia, America and Europe with a sincere consideration of the way valuable objects are insured and cultural patrimony protected. For more information, visit www.axa-art.com. Global Media & PR Contact: Rosalind (Roz) Joseph, rjoseph@axa-art-usa.com, 718-710-5181.