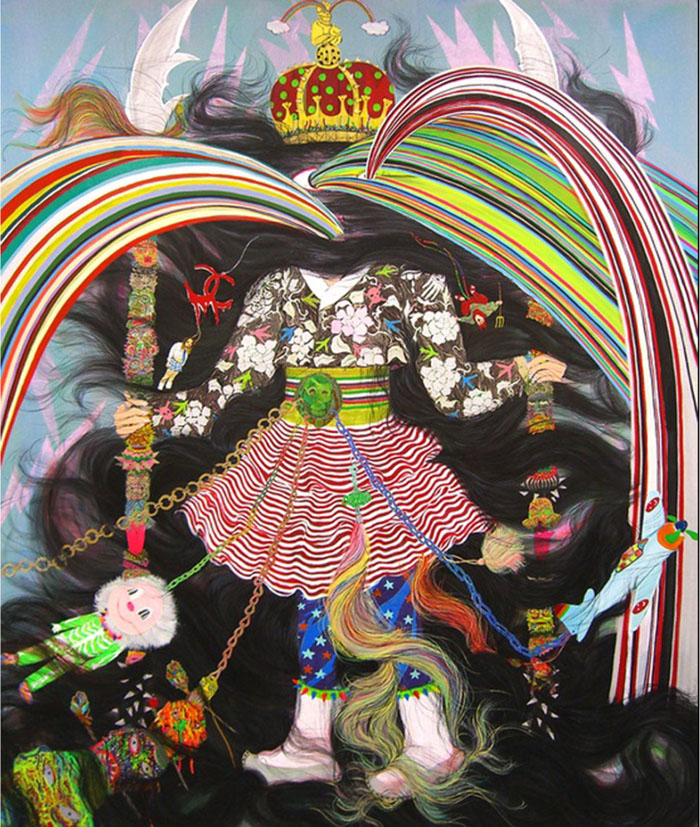 Drawing deeply from Korean Shamanism, also known as Mugyo, Hyongyon’s images are constructed of mysterious and otherworldly figures depicted as shaman. As a descendant of the Heavenly King, a shaman connects the physical world to the spiritual world seeking to help overcome people’s negative emotions and spiritual weaknesses. This healer, however, is often feared among skeptical people. Hyongyon believes that her unidentifiable creatures take the role of a shaman, and become incarnations of human suffering, desire, and hope. 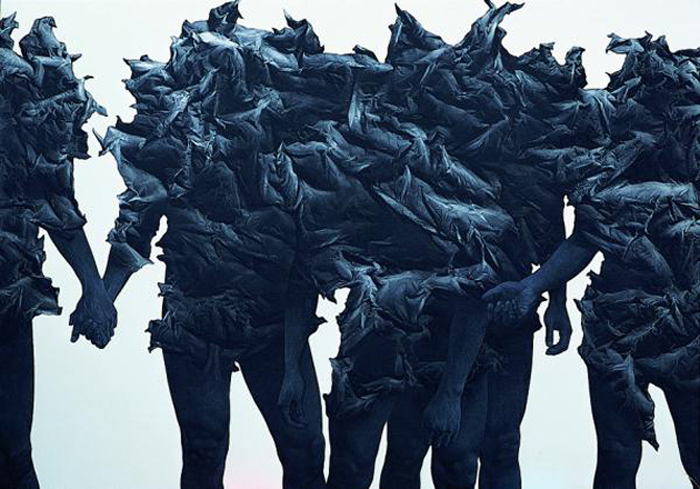 Jongwan’s photo-realistic monochrome figures that are indistinguishable from one another talk about the loss of personal identity and the lack of truth in our materialistic society. The hidden faces of the figures represent people hiding behind their façades and the predetermined social norms and principles that constrain an individual’s behavior. His works serve to shatter the façades people construct and break through the society where power and authority reconstruct who we are individually.

Dongyoon explores the fragility of our memories and experiences, both direct and indirect, by stacking multiple images into one photograph. At first glance, his photographs may look like one single image, however the subtle layers slowly unveil themselves, creating vibrant movement and confusion as the layers shift into one another. This challenge that the viewer faces represents the blurring or uncertainty of existence and the past over time, resulting in a shifting of one’s understanding of perception. 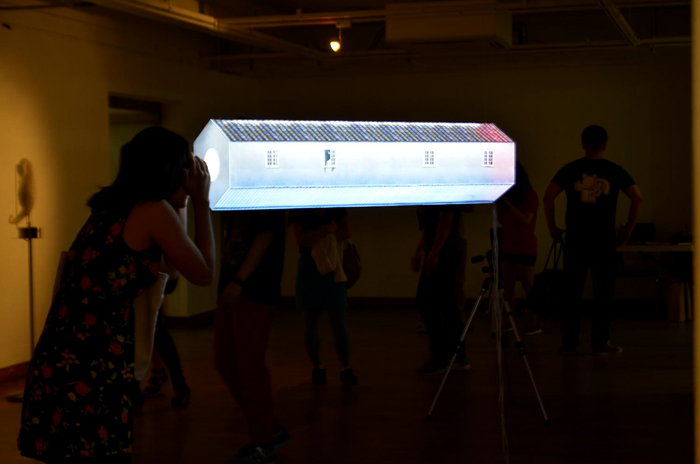 Jinyoung takes her memories of childhood home and creates architectural installations. The viewer is invited to peek inside the houses, calling for the beholder’s own interpretation of the space. Jinyoung’s houses are not merely objects, or places to live, but they are about her own psychology and experience becoming spatialized. The process of experiencing these architectural installations becomes extremely private as each person gets a glimpse of his or her memories.