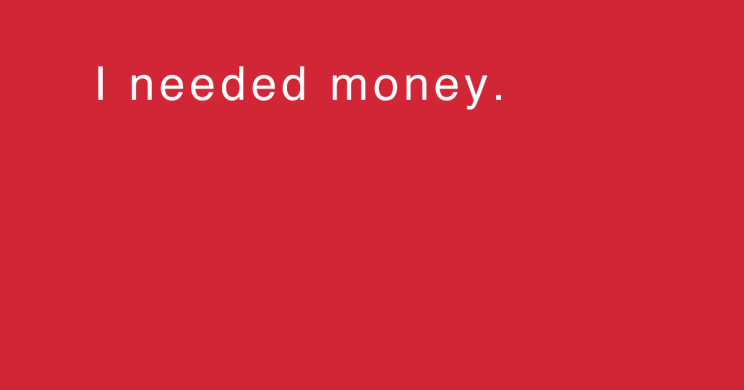 Irena Jurek: Why did you choose to call your newest video, Radical Honesty?
Barnett Cohen: So, I called my video Radical Honesty, because I have a lot of stories, like we all do. Everyone has these humiliating or self-effacing stories. It’s more about things that have happened to me and less about me happening to the world or acting upon the world. I just started thinking about how I would frame that or how I would put that out there. I enjoy working with text, stories, and my own subjectivity. And there’s also a therapeutic movement called “Radical Honesty”, which encourages you to be objective with yourself and others as a curative measure for self-healing. The idea is if you have an abortion and it’s getting you down, you should tell everyone. I think it’s really problematic because it somehow privileges honesty and makes it concrete at the same time. Like there’s this thing called “honesty,” which is funny to me. What does it mean to be honest? Right?

IJ: Well, yeah. We all lie to ourselves, and others constantly without knowing.
BC: Yeah, all the time. So, I wanted to explore that or to use that framework to be like, “Hey, I have all these stories, I’ll embellish a few, I’ll fuck with them a little bit, I’ll tell some white lies.” The crux of the story will still be there, but then you land in this liminal space, if I may, between a fictional/non-fictional space through the text that works around the idea of honesty. For me, my own honesty is the material. Honesty is a rare commodity in art.

IJ: I think that society privileges honesty or pretends to. Often, the truth is the last thing that people want to hear.
BC: That’s absolutely true, and at the same time in my life and in my work, I’m very open. I think that being open is a mode of operating, but honesty is not a mode of operating. It’s more of a moral code. To be honest is to be trusted, right? I think that as an artist, my responsibility is to do the opposite. I think of Oscar Wilde’s essay, “The Decay of Lying”. In it, Wilde essentially proposes that, “lying, the telling of beautiful untrue things, is the proper aim of art.” Honesty in the late Capitalist world in which we live is like a commodity. So lying is an anti-commodity, art is an anti-commodity, until collectors and the market overtake it.

IJ: It’s interesting that you brought up Oscar Wilde since he was also an advocate of uselessness, and the idea of robbing something of its utility and giving value to that.
BC: Yes, he advocated for that. I chafe against the utilitarian value of art. The beauty of art is that it’s useless.

IJ: You mentioned that your family is from South Africa, how do you think that’s shaped and formed the way you perceive things as an artist?
BC: That’s a good question. I think, and you might be able to relate, being a first generation American, and having that dual citizenship, having that complex background—not overly complex, I’m just not a straightforward American. Particularly also being an only child has given me the sense that I’m always on the outside looking in. I think any immigrants that come to America, unless they assimilate, that outsider looking in is always part of us, and its certainly been passed down to me through my parents. That informs my work I suppose in terms of comedy, comedy is premised on observations and things that have happened to comedians and/or artists. These things happen to you and you search for the humor in it. So, I feel like if you’re constantly sensing yourself not as an outsider, but sort of the outside looking in, you potentially are observing constantly in a way that might be different, say from someone who are in and were assimilated before they were even born. I think that in order to tell the stories that I am telling I always have to stay on the outside of pretty much everything.

IJ: Your literary background comes through within the work too, obviously. Something that I was struck by is the minimalist way in which you approach the text and I was reminded of Raymond Carver’s short stories. There’s such a terse and pithy way in which you frame language. You’re trying to get at the essence and something more direct and concise.
BC: I feel that to achieve an economy of language is extremely difficult. When I think of Raymond Carver, I take that as a huge compliment, by the way, but when I think of Raymond Carver, or Hemmingway, or artists who achieve an economy of language, they work for that. I was trying to employ that actively, but for a different reason than Raymond Carver would, for example. When you read a book, there’s an act of intimacy that happens; like the trope of turning the page.

IJ: It’s a very private, personal experience.
BC: Mine isn’t. Mine is very public. What I’m trying to do also with the pacing of it, I’m not only asking the viewer to work, but I’m also asking the viewer to engage with the piece, and then to become intimate with it. It’s like my way of having sex with my viewers! How my work functions, is that it essentially asks you to imagine the visual for yourself. In Nietzsche, a leaf is not a leaf it’s just a metaphor for the thing itself. What’s interesting is if you employ that in a Raymond Carver setting or in my work, your notions of what a casual encounter may be, or an email is are very different from the next person. I am attempting to present an essence of something which is the content, but the way that that content takes place in the viewer’s brain is different from the leaf or the next leaf or the next leaf, because each individual is different in how they view the work. 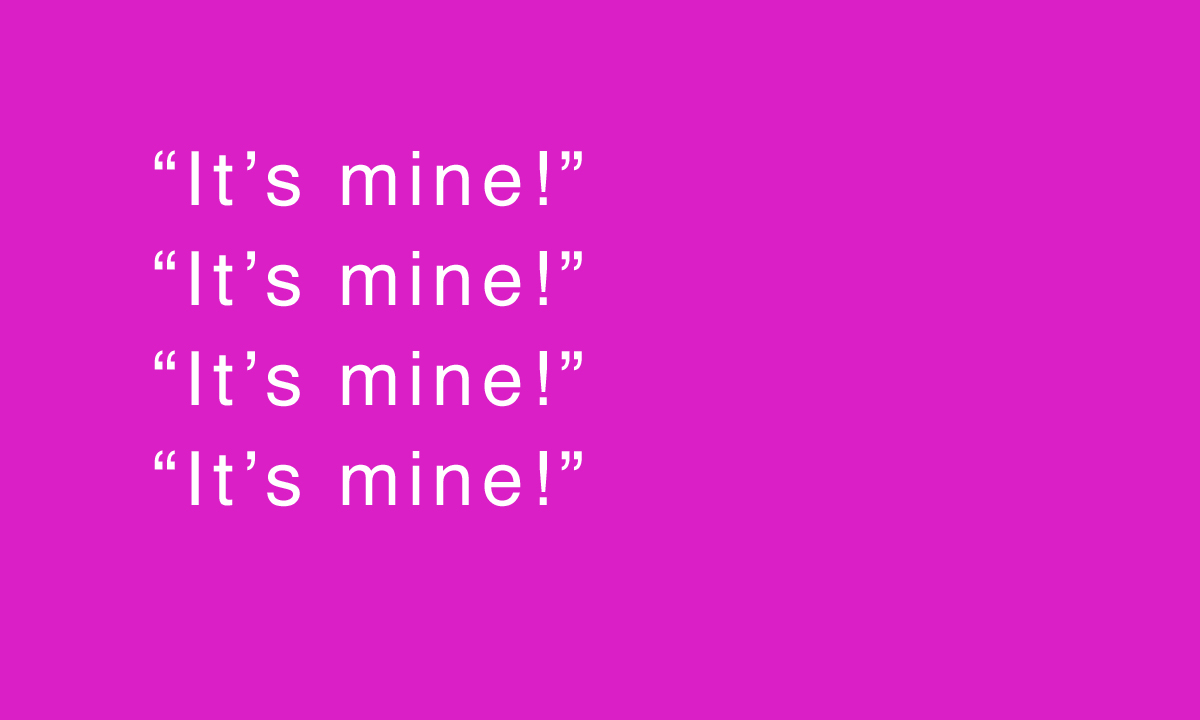 IJ: What you’re talking about made me think of Ed Ruscha’s City paintings; the way in which the word stands in for the actual thing itself.
BC: Yes, Absolutely.

IJ: In the video, you’ve included the more interesting aspects of your life; it’s not about banality.
BC: That is correct. I think that it comes full circle to the work that I’ll be working on next, which is my sex disco. Not all the stories have a sexual innuendo or are straightforwardly about sex, but another thing in which I see a lack of and in which I’m responding particularly to in the work of my peers is a rejection of sex. It’s sublimated in some work, but I prefer to use it and have it thrust, so to speak towards the viewer! That sounds very graphic, but yeah, I like the idea of being sexually graphic in the work but still not overdoing the work. Think of it as Playboy as opposed to Hustler.

IJ: I would have to agree that a lot of work avoids sex in general, which seems strange since so much of our life revolves around sex.
BC: I just realized that sex is one of the many materials with which I work and the joy of working with it is that it is malleable particularly when it comes to text-based work. There are infinite ways to attack it, to confront it, and to employ it. An anecdote comes to mind, Tom Waits was interviewed by the BBC about what inspires him to make a record and he responded that he goes to his local record store, searches for a record he would like to hear, comes up short, and then goes home and makes it himself. His work is a response to a lack and in some ways perhaps mine is as well.

IJ: The text in your video is structured the way in a joke is structured. The simplicity of it also helps because humor has to be very direct and straightforward. If it becomes too clunky it becomes too convoluted and confusing.
BC: When I started writing, I guess you would call it writing, these text pieces, I was thinking very much about comedians and how a joke functions. I think that as an artist it’s incumbent upon oneself to ask this question, which is, “what do you want to do to your viewer?” For me, the audience is considered to a point, and I think that the work stems out of my love of comedy, which started as a kid, and how word play and comedy operates. There’s a very famous Eddy Murphy joke, where he uses a very boring, overplayed story about a woman coming home to find her husband in bed with another woman. And she starts screaming at her husband, “You’re fucking this woman, you’re fucking this woman, you’re fucking this woman!” And they have this argument, and he says, “Yes, you want me to admit that I fucked her? Yes! Yes, I fucked her!” He overemphasizes the word “fuck,” and he says, “If you’re going to let a fuck come between us making love then there’s something wrong with you, woman!” I just think that the word play in comedy is for me, very exciting, and I think that my intention is not only to thrust myself upon my viewers, but also to make them laugh. Art that is humorous and isn’t ironic, sarcastic, or overly self-aware, is for me some of the most effective artwork.

IJ: Irony is almost an easy way out. I don’t believe in this blind devotion to the altar of seriousness and reverence in art, but irony is too easy. It’s become the norm, it’s too accepted. You’re almost expected to be ironic.
BC: Particularly in text pieces, a lot of work that I see has a lazy approach to text. For me if your material is text, you have to be exact and know what the hell you’re writing about.

IJ: Although you talk a lot about the humor in your art, is there an underlying serious or philosophical message that you want to get across to the viewer, through the use of humor?
BC: I think of comedy as being a more effective political tool. It’s like the court jester. So someone comes before the king and he says something and the king lops off his head. In King Lear, he had his jester around and the jester could speak truth to power in front of the king because supposedly he wasn’t taken as seriously as someone who might provoke the king to anger. Humor allows me to touch upon subjects of sexual relations and gender and the fluidity of sexuality in a way that is less didactic than it would be if I were not employing humor.