The sixth edition of Frieze New York brings together more than 200 leading
galleries from 31 countries, showcasing ambitious presentations and new
commissions by today’s most significant international artists from emerging
talents to seminal and rediscovered 20th century masters. The fair takes place at
Randall’s Island Park from May 5 – 7, 2017, with an invitation-only preview on
Thursday, May 4.

Presenting museum-quality exhibitions in a bespoke, light-filled structure
designed for the experience of art, Frieze New York offers an immersive cultural
experience for major institutional and private collectors, scholars and art
enthusiasts alike. With galleries joining from six continents, including firsttime
exhibitors from Brazil, Guatemala, Japan and Poland, the fair illuminates
the aesthetic, political and historical concerns driving contemporary practice
around the world.

For the first time, Frieze will present a major symposium in New York City
during Frieze Week. In collaboration with the Getty and the Institute of Fine
Arts, NYU, the symposium on Friday, May 5 will raise discussion on topics
related to Latin American and Latino Art featured in the upcoming edition of
“Pacific Standard Time: LA/LA”.

“Frieze New York continues to evolve, and this year galleries are bringing
presentations of greater breadth and quality than ever before, reflecting the
diverse cultural interests of our audience,” noted Victoria Siddall (Director,
Frieze Fairs). “Following major sales to institutions and private collectors in
2016 – and with Cecilia Alemani’s inspiring projects and Toby Kamps’s new
perspective on Spotlight this year – the fair continues to develop as a vital and
unique platform for art and ideas.”

Alongside its main section, Frieze New York features three special platforms
that ensure a diverse representation of artistic practices from around the globe:

• Spotlight, expanding to 31 galleries with solo artist presentions and curated
for the first time by Toby Kamps, reveals foundational moments in art history
since 1960, and fosters new research into artists from emerging countries, as
well as rarely seen work by iconic figures of the avant-garde. This year sees
increased participation by younger exhibitors, alongside more established
galleries, all sharing a common interest in artistic reexamination.
• Frame, advised by Jacob Proctor and Fabian Schöneich, grows increasingly
international this year, featuring 17 emerging galleries from 13 countries.
A section for experimentation, Frame brings together solo presentations by
today’s most exciting new artists.
• Focus, a platform that subsidizes today’s strongest young galleries to showcase
their programs in stands throughout the fair, will feature 28 galleries from
Mumbai to Rio de Janeiro. 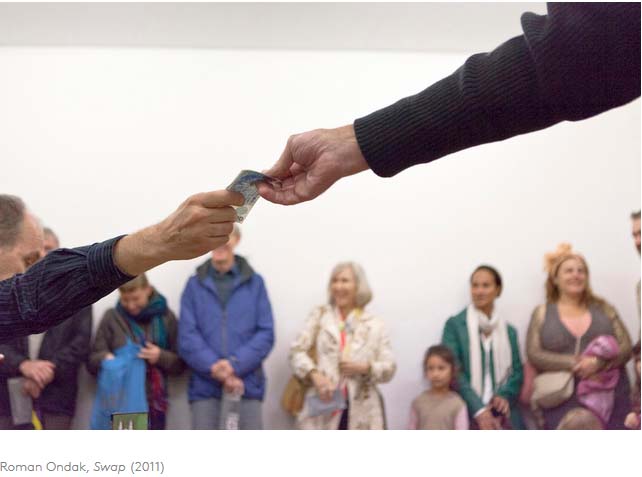 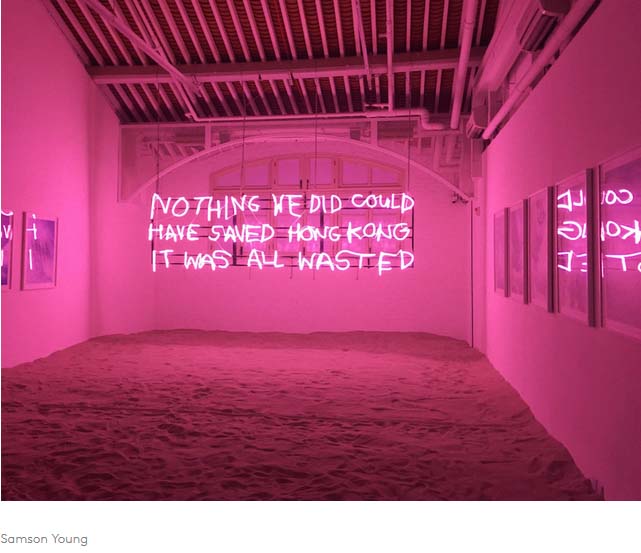 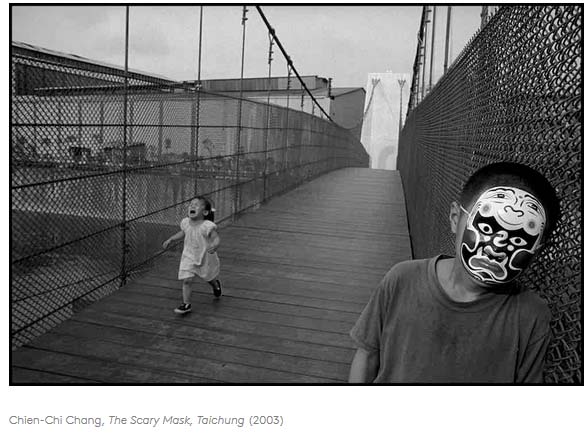 Politically Engaged Art
Resonating with themes explored across this year’s international biennials,
many galleries are presenting work exploring the role of art in climates
of conflict – from colonial pasts to dystopian futures. Looking back at the
politically charged scene of New York City’s East Village in the 1980s, P.P.O.W.
(New York, main) will present a large-scale, car-shaped pigeon coop by Anton
van Dalen, originally exhibited at Exit Art in 1988, alongside pioneering works
by artist-activists Martin Wong and David Wojnarowicz, all showing the
influence of immigration, street art and Hip Hop on the cultural epoch. Also
highlighting the visual culture of the 1980s, Skarstedt (New York, main) will
show works by politically engaged artists Mike Kelley and Cindy Sherman,
among other modern and contemporary artists. Maureen Paley (London,
main) will present politically themed works by AA Bronson and Wolfgang
Tillmans, and further addressing 21st century politics and technology with
humour, Carroll / Fletcher’s (London, Frame) solo presentation of multimedia
works by Thomson & Craighead will explore themes of self-help and
apocalypse, including a perfume that ‘literally’ smells of end times.

Looking at histories of colonialism, Meessen De Clercq (Brussels, Focus) will
present a solo stand of works by Vietnamese artist Thu Van Tran examining
rubber as a symbol of suppression by the French in Vietnam; and Chi-Wen
Gallery (Taipei, Focus) will showcase Chien-Chi Chang’s The War That Never
Was and Yin-Ju Chen’s Extrastellar Evaluations (both 2016), new video works
looking at memory and histories of human destruction. Showing with Mary
Mary (Glasgow, Focus), Aliza Nisenbaum’s solo presentation will use imagery
of protest found in Mexican Modernist prints from 1900-1950 to explore
painting as a form of ethics.

Performance and Interactive Works
Across the fair, galleries are presenting immersive projects that invite visitors
to become part of the artworks themselves. The Breeder (Athens, main)
will revive a seminal interactive public installation borne out of the AIDS
crisis: 1-900 Mirror Mirror (1993-6) by Chrysanne Stathacos. Galeria
Nara Roesler (São Paulo, main) will present a new performance by Paulo
Bruscky, questioning the socio-political role of art, alongside elements from
performances by Eduardo Navarro and Paul Ramirez Jonas previously
only seen in institutional settings. Canada (New York, main) returns to the
fair with another immersive interior, curated by the New York-based artist
Marc Hundley to mirror the artist’s actual home at 220 Roebling in Brooklyn,
including objects and artworks hung salon-style amidst handmade furniture,
books and records. In the Focus section, David Lewis (New York) will bring
a solo stand with Dawn Kasper – presenting a participatory installation of
musical sculpture exploring the concept of desire.

Generations of Influence: 20th century movements and tribal art
Building on Frieze’s reputation for showcasing modern artists and encouraging
the growth of art collections across eras, this year’s fair features a growing
presence of galleries exhibiting significant works from the 20th century
alongside masters of contemporary art. Sprüth Magers (Berlin, main) will
bring together key figures of post war art with contemporary European and
American artists whom they have influenced; and Franklin Parrasch (New
York, main) will explore the history of art within America, showing work from
the 1960s through the 1980s by Californian pioneers Peter Alexander, Billy
Al Bengston, John McCracken, Ken Price, Deborah Remington and Ed
Ruscha.

Frieze Stand Prizes
Frieze New York 2017 sees the return of three awards recognizing exceptional
presentations from galleries across the fair, including a specific prize for
younger galleries in the Frame section.

A Frieze Stand Prize will be awarded to outstanding presentations in two
categories: the first specifically to a gallery under 12 years of age, and the
second for an exceptional gallery taking part in any section of the fair. The
prizes will be awarded by a leading jury of museum directors and curators and
will be announced at 4pm on Thursday, May 4.

Supported by Stella Artois, the Frame Prize is dedicated to the most deserving
presentation in the Frame section. The winner will be selected by a leading jury
of emerging art experts. The Frame Prize will be announced at 12pm on Friday,
May 5.

Frieze Talks
Part of Frieze’s non-profit program and featuring today’s most influential
artists, thinkers and cultural figures, Frieze Talks is curated by Tom Eccles
(Executive Director, Center for Curatorial Studies, Bard College, New York).
Exploring themes of agency, politics and perspective, and responding to content
within the fair itself, this year’s Talks program features Claudia Rankine, 2016
MacArthur Fellow and winner of the 2017 Bobbitt National Poetry Prize for
her collection Citizen, as well as a panel on art and social commitment chaired
by Shuddhabrata Sengupta of Raqs Media Collective and featuring artists
Tania Bruguera, Anri Sala and Jeanne van Heeswijk; and a conversation
on “complicating the Modern” from Ann Temkin, Marie-Josée and Henry
Kravis Chief Curator of Painting and Sculpture at MoMA.

Frieze Talks takes place daily at 11.30am at Stand H1, next to the Ruinart
Lounge at Frieze New York from Friday, May 5 through Sunday, May 7. Access
to Frieze Talks is included in all admission tickets. The complete schedule is
available at frieze.com.
Symposium in Collaboration with the Getty and the Institute of Fine
Arts, NYU

Non-Profits at the Fair
Frieze has invited three non-profit art spaces and organizations to present their
programs at Frieze New York. This year’s participants include the Donald
Judd Foundation, SculptureCenter and White Columns, the city’s oldest
alternative art space. Following its collaboration with Frieze on the fair’s
marketing campaign, the Judd Foundation will present a selection of Donald
Judd Furniture curated by Flavin Judd, Curator & Co-President; alongside
publications including Donald Judd Writings and Donald Judd: Complete Writings
1959-1975.

On the green lawn outside the North entrance, Elaine Cameron-Weir will
build a rudimentary structure based on plans for a backyard air-raid shelter, the
inside lit by two neon sculptures – glimpses of which are only possible through
a discrete door. Inside the fair, Jon Rafman will transform a gallery stand
into a secret movie theater, where visitors can watch – and be watched while
watching – a new video series fusing amateur 3D animation and niche genres
of computer-generated erotica. Dora Budor will supplement the art fair’s
usual routine by using cinematic doubling to question perception and reality.
This year’s tribute to a groundbreaking arts space is dedicated to Galleria La
Tartaruga in Rome and its experimental exhibition “Il Teatro delle Mostre”
(1968). The tribute space will change daily, with restagings of two pioneering
projects by Giosetta Fioroni and Fabio Mauri, alternated with new
commissions by Ryan McNamara and Adam Pendleton.

The Reading Room
Returning for a second year, the Reading Room offers visitors the opportunity
to meet writers, editors and artists in book signings and presentations, hosted
by the world’s leading arts and lifestyle publications. Daily event details can be
found at frieze.com

Frieze Bespoke
Launching for the first time at Frieze New York, Frieze Bespoke is an
exclusive opportunity for those interested in collecting art to explore the
fair accompanied by an independent art specialist. These intimate tours are
available for groups of up to four people and are designed specifically for
those interested in learning about art and beginning or growing their own art
collections. Each tour lasts approximately two hours, with itineraries including
starting a collection; an introduction to Latin American art; a survey of iconic
20th century figures; and emerging talents. For further information, please visit
friezebespoke.com.