Figures Toward Abstraction Sculpture 1910 to 1940 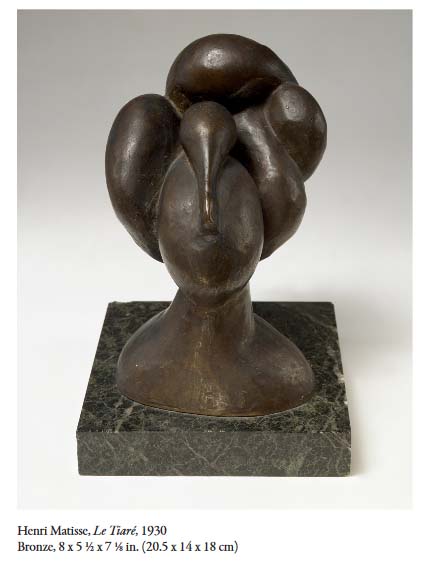 would not, from all the borders of itself,
burst like a star: for here there is no place
that does not see you. You must change your life.
-Rainer Maria Rilke, “The Archaic Torso of Apollo,” 1908

Luxembourg & Dayan is pleased to present Figures Toward Abstraction: Sculpture 1910-1940, an exhibition that materializes an ongoing decades-long dialogue between Daniella Luxembourg and internationally admired architect Daniel Libeskind, about the nature of abstraction in art, in architecture, in history, and in life.

From a certain perspective, abstraction appears as a gesture of withdrawal. Figures Toward Abstraction traces one such retreat—away from realism and classical figuration—as manifested in sculpture of the first half ofthe twentieth century. Taking its lead from the underlying parameters of abstraction in sculpture, namely the medium’s material and spatial inquiries, the exhibition brings together a rich selection of works by modern masters Rudolf Belling, Alberto Giacometti, Julio González, Henri Laurens, Jacques Lipchitz, Henri Matisse, and Jean Tinguely. 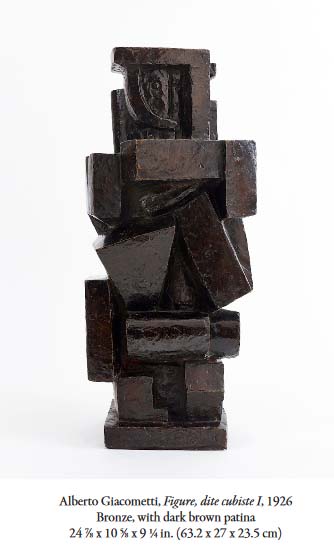 These works are presented in an installation designed by Libeskind, in a spatial experience that opens with a quote from “The Archaic Torso of Apollo,” a poem by Rainer Maria Rilke. The poem itself stages the abstraction of one historic vestige of realism (the titular Greek statue) and serves as a touchstone as the exhibition unfolds across three floors of the gallery. Each constellation of sculptures on view attends to a different set of conversations, inspirations, and collaborations—as well as disagreements and rivalries—that emerged between these pioneers of Modernism.

Though these works stage a departure from the human figure, they nonetheless retain the body—particularly the traditional nude—as their structural basis. In Matisse’s figurative bronzes and Laurens’ Femme accouchée (1927), the figure remains palpable, however deconstructed and transfigured. Elsewhere, in Giacometti’s cubist compositions and González’s bronzes of the late 1920s and 1930s, it becomes harder to discern. Through this selection of work, Figures Toward Abstraction highlights moments of cross-pollination and correspondence between realism and abstraction, suggesting that any retreat necessarily recalls its point of departure.

Also featured is Rudolf Belling’s seminal Dreiklang (1919), which will be on display for the first time in the United States. Dreiklang (“Triad” or “Triple Clang”) is rooted compositionally in three intertwined figures that have been rigorously abstracted, foregoing referent for geometric unity. In fact, the work counts amongthe earliest completely abstract sculptures of the twentieth century. This assertive abstraction famously led to its derisive inclusion in the Nazi Party’s Degenerate Art Exhibition of 1937—a reminder of how seemingly formal concerns can intersect with, and in this case resist, ideology.

Figures Toward Abstraction extends the gallery’s dedication to presenting seminal Modernist sculpture for a contemporary audience, following Alberto Giacometti: In His Own Words, a recent exhibition at the gallery’s London location that showcased the sculptor’s cubist period of 1925-1934.