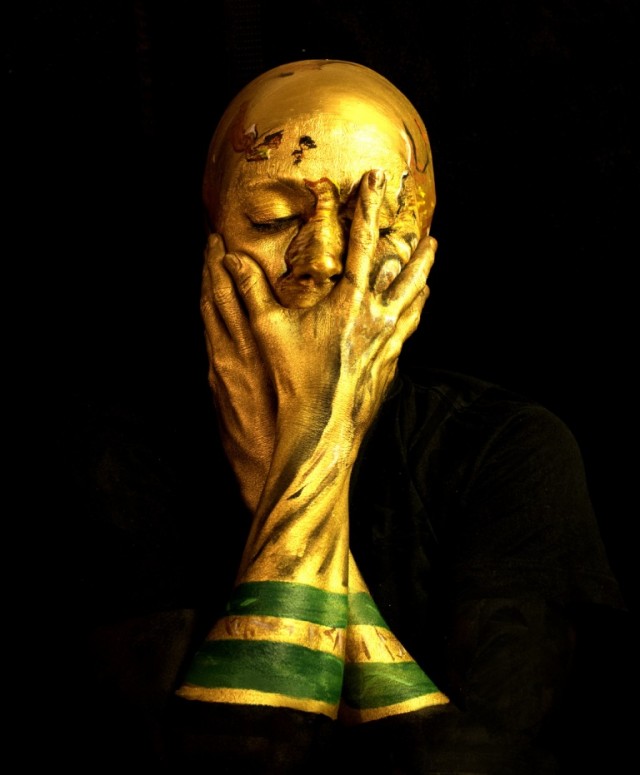 Emma Allen, Self Portrait as the World Cup Trophy , 2014. Image courtesy of the artist.

Even though it’s happening in Brazil, you’d have to have been walking around with your eyes closed and your ears plugged not to know that the World Cup is just getting started right about now. Futbol, or “Soccer” as we call it here in the states, is the world’s most popular game. In culturally diverse cities such as New York, the energy becomes electric as there is no shortage of bars encouraging people to drink throughout the day as they watch their favorite players battle for what many consider the ultimate team crown.

Also dubbed “The Beautiful Game,” it is no surprise that many artists have taken to paying tribute to this sport over the years. Here’s a selection of works by five different artist that we think stand out as fitting homage to this captivating game of feet and creativity. Check them out and then make some excuse to leave your desk and grab a beer at the dark bar around the corner from your office. We won’t tell, just buy us a drink when you get here. 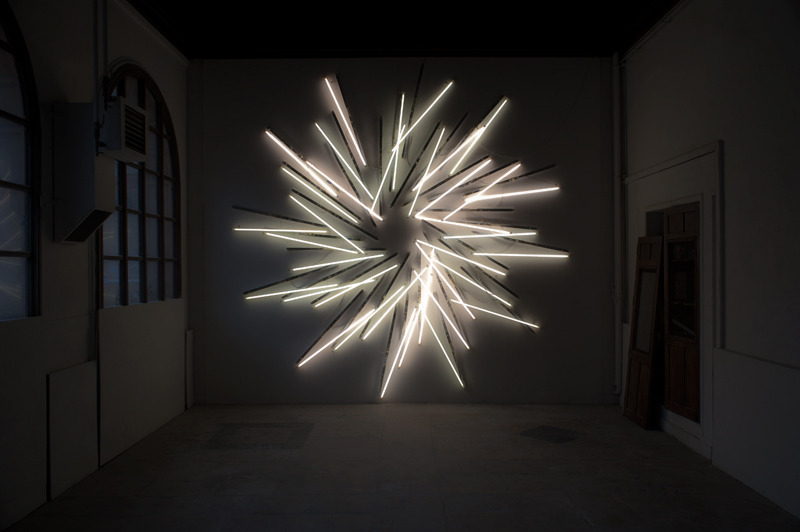 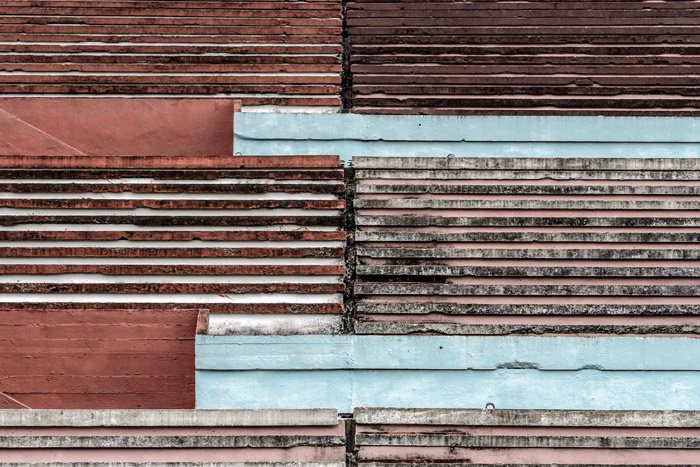 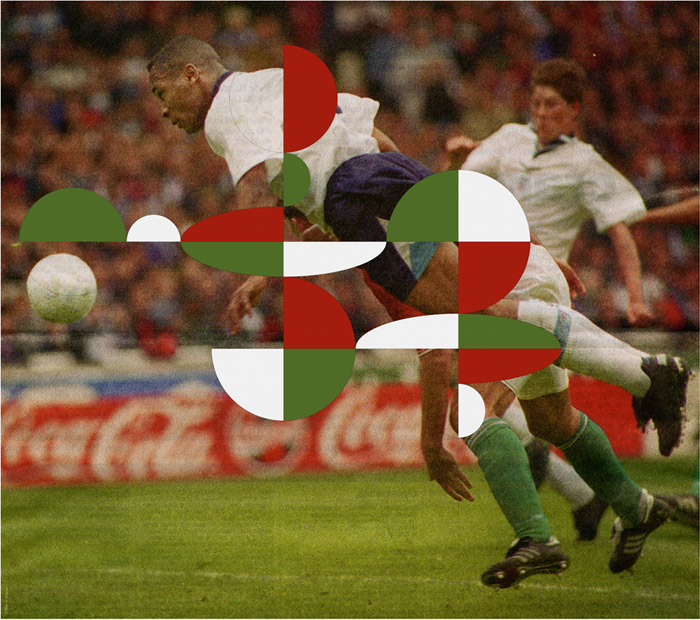 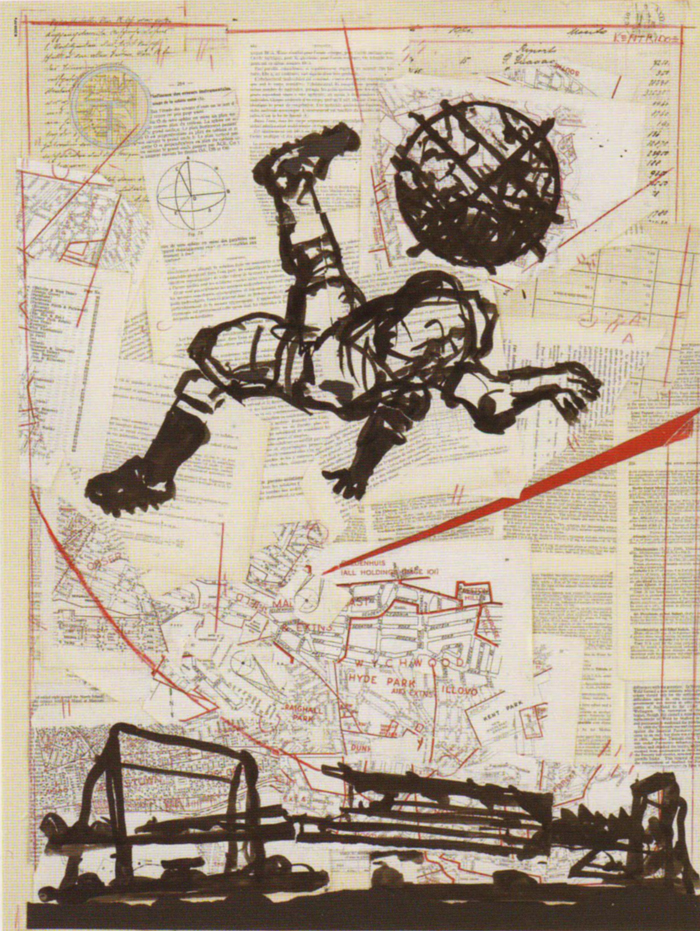 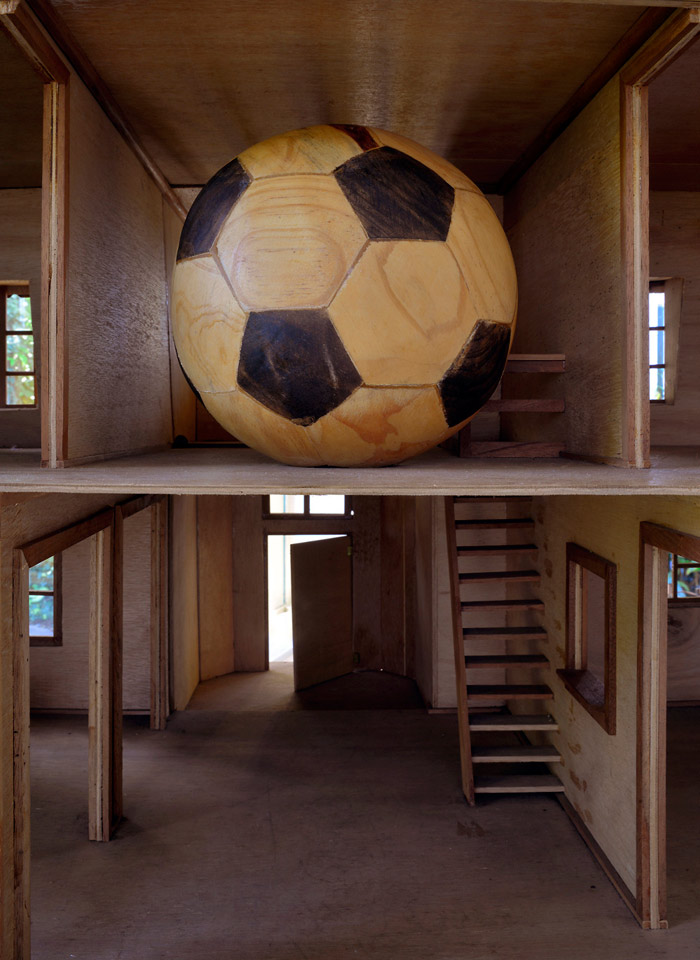