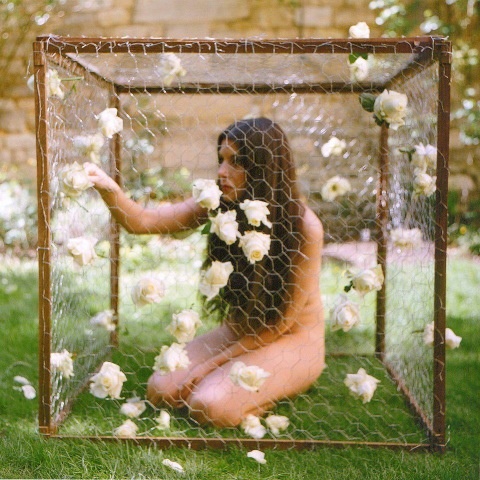 New York – The Armory Show is excited to announce a series of special projects by three exhibiting galleries, which explore concepts of time and decay through performance and sculpture.

In the Armory Presents section of Pier 94, Galerie Alberta Pane (Paris) will host Romina de Novellis’ La Gabbia, a performance addressing purity through the act of concealment. The performance will be staged in partnership with Kreëmart, a New York-based art organization that works with artists outside of their typical creative process by introducing them to the medium of dessert. In La Gabbia, de Novellis, naked in a square wire cage with 500 white roses at her feet, weaves singular blooms into the structure, eventually concealing herself entirely from the viewer’s gaze. Throughout the daylong performance, the artist will distribute caramelized flowers contained in a glass sphere through a small opening in the cage. This piece was first performed with Kreëmart in Paris in 2012.

Sean Kelly Gallery (New York) in partnership with the Havana-based artist collective Los Carpinteros will stage their 2015 sculpture, Clavo tres. Oversized and disconfigured, this large-scale nail, rusted with age and measuring ten feet in length and four feet in height, flirts with the line between function and folly. Centrally located on Pier 94, Clavo tres will appear as if discarded, even forgotten amidst the crowds of the fair. 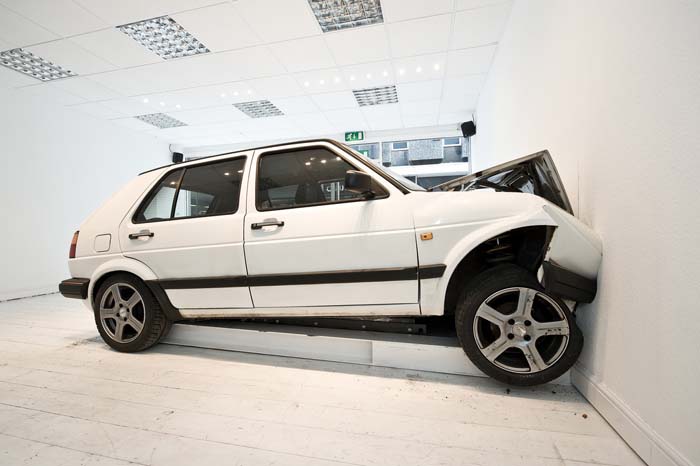 On Pier 92, Pierogi (Brooklyn) will present Jonathan Schipper’s Slow Motion Car Crash, a choreographed collision in which a car smashes into a wall at an imperceptibly slow rate. Slow Motion Car Crash will occur over the five days of the fair, with the collision’s culmination synced to the fair’s final hours. Slow Motion Car Crash forces reflection on the inevitability of the car’s –and our own –mortality and was first displayed over the course of thirty days in March 2012 at the AV Festival in Newcastle upon Tyne, UK.