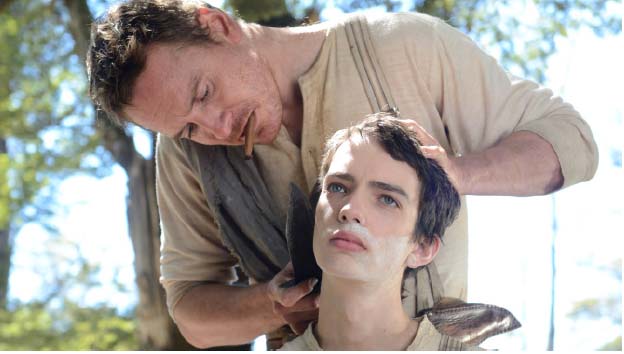 The 2015 Tribeca Film Festival sheds some fearless light upon the worldwide problem of identity. This year’s assortment of works start in Brooklyn and end in Morocco. They feature an army of unknowns and unknowables: delinquents, compe’sinos, extraordinary gentlemen, uncommon women. They exhibit the ambiguity of their roots, the implausibility of their conditions, the humor of what gets lost in translation, the lack of heroes, and the barriers of language, custom, gender and peer and tribal loyalties.
Discoveries made lead to sorrow and sometimes a little bit of joy.

Virgin Mountain
Dagur Kari establishes the identity of Fusi as one of cinemas’ profoundly human characterizations, overflowing with vulnerability and punchdrunk with anxiety. A failure at relationships, he’s thrust into the forced physical activity of dance lessons to build self-esteem. We only start to begin to understand how desire fuels his reinvention of self with seemingly impossible grace and agility.

Cartel Land
The good, the bad, and the ugly exchange identities; everyone deceives and betrays in Matthew Heineman’s drug war cavalcade. The narrative doesn’t have the feel of documentary, it’s a form whose characters seem to have scripted agendas and the action seems spontaneous. It’s a document of the drug trade wars. What gets lost in translation is the branding effect of competing gangs and a fluid camera that blurs the line between fiction and artifact. If Cartel Land has truth at its core, that truth transcends moviemaking.

Bridgend
Atmospheric and darkly foreboding, Jeppe Ronde’s gothic tale explores within the syntax of suspected murder, the worrisome and often tragic confusions that occur when adolescents seek to establish a personal identity and become an individual. Hormones and conformism compete with peer group ritual observance and the menace of the “group” takes on the feel of a horror story. But apathy precipitates the “Brigend mystery”, a legacy of teen suicide that seems to have more to do with the lack of an adult presence in their lives than the anomie of childhood fears.

Bare
A curious type of idol worship is at the center of this tale of a young woman seeking her identity and style. Natalia Leite’s story navigates the borderland between self-determination and a kind of morbid desire to be a free spirit when her characters, female archetypes of innocence and experience, trade personae.

Slow West
In John Mclean’s savagely ironic western , adventure driven by romance develops into cultural smackdown when a young Scottish aristocrat confronts the harsh realities of the untamed Colorado territory seeking his lost love. Bounty hunter and guide (Michael Fassbender in one of the best festival performances) tries to keep the traveler alive while both navigate the growing pains of nationhood. In this tale of woe, survival is contingent upon how well one can become someone else.

Dirty Weekend
Neil La Bute is the master of closet drama. Dirty Weekend works up role reversals and character assassinations between two starcrossed office co-workers trapped in a lost weekend that allows them to show their true colors. Each wants to be someone else and each reverts to their selfish desires. 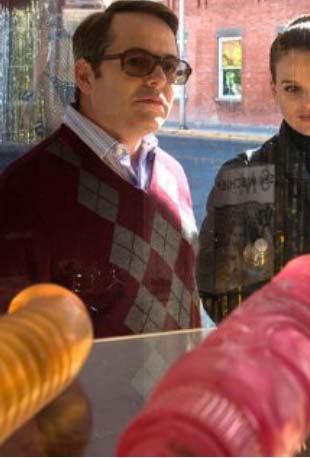 Applesauce
Perhaps director Onur Tukel is playing himself, a kind of selfie in which the director creates his own double who is manic as well as comic. This screen persona mirrors the director’s aggressive self-centered preoccupation with absurdist humor. Tukel affects a kind of Quentin Tarentino style of belligerence and overbearing self-esteem like one of those eccentric Upper Westsider New Yorkers you want to avoid. He deals with social ills and their humorous consequences without evaluating them.

Slow Learners
A sweet and sour romance brews very slowly like green tea when two socially awkward loners play out their alter egos until they come full circle to self-discovery. It’s a treatise on the presentation of self in everyday life. What’s interesting is the precarious ways each character arrives at their comfort zones.

Shut Up & Drive
Identity crisis powers a road comedy to nowhere. Two women discover that they like each other as much as all of the people of their other failed relationships and move on through this gentle comedy to psychic landscapes unknown. Director Melanie Shaw makes a nice road flick but needs to take better advantage of the gorgeous American roadside locales and less focus on the idiosyncratic self-centeredness of her millennial characters.

The Survivalist
Identifying the bare threads that keep us human forms the core of Stephen Fingleton’s exploration of the survival instinct in a post-apocalyptic colony of one, a solitary self-sufficient ranger. When the Survivalist’s security is threatened by motherdaughter “refugees” and mysterious marauders, humane traits start to vanish. This is a scenario that might be caused by climate change as much as any other type of disaster. It points to the need to learn how to “grow your own” before it’s too too late.

Bleeding Hearts
One sister’s seemingly peaceful existence is uprooted when her long lost biological sister shows up. Diane Bell examines how self-esteem and identity are easily eroded, in this case, by the bonds of sisterhood. The conflict is in each sister’s secondguessing their own worth.

Emelie
Michael Thelin has created an innovative protagonist, a monster nanny who has lost her sensitivity and compassion for anything except herself. She is predatory not maternal, opportunistic not generous. This lovely and grotesque portrait of a compulsive and deadly caregiver raises huge issues about security and our vulnerability stemming from dependence upon strangers for social services. But it is also cynical fun in a quite unhealthy way.

Men Go To Battle
A minimalist rendering of one man’s experiences of the American Civil War that often has the feel of documentary and mostly has the tone of a diary. Although Zachary Treitz tale of Civil War splitting brothers far apart, has great attention to period detail, its more of a real-time ode to the absurdities of war defined by the tragic inconveniences of isolation, fear and unknown places.

Necktie Youth
A privileged Post apartheid Johannesburg neighborhood is the scene set by director Sibs Shongwe-La Mer for a cautionary tale about the perennially adolescent refusal of youth to grow up and take responsibility for their lives. In their half-hearted search for identity, La Mer’s characters are nothing more or less than transplanted stereotypes of dysfunctional youth worldwide. And their thoughtless solution to their conflicts is to check out.

Cronies
Cronies are inspired by the earliest work of Spike Lee with its emphasis on colloquial dialogue and frantic streetwise passion. In this iteration Louis and Jack are lifelong buddies separated by Louis’s desire to change his stripes and create a new self that looks strangely like a life of white middleclass suburban entrapment. Cronies defies the class struggle in the St Louis streets in favor of a picaresque view of what it’s like to live
in the hood; but Director Michael J Larnell doesn’t offer a prescription for success. His characters are tragically limited by their condition: as much from poverty as their tribal slang and uncompromising con artistry. 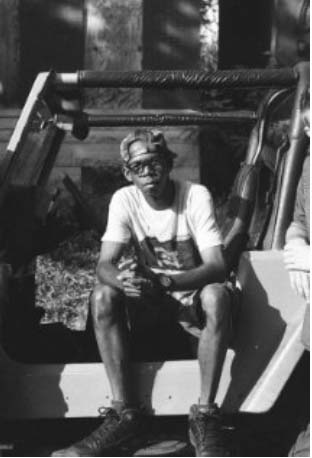 Viaje
This “voyage” into finding one’s true identity while cavorting in the rain forest never manages to deliver on its premise about exploration of nature’s beauty and interpersonal relationships. Paz Fabrega doesn’t quite astound with her black and white vision or provoke with her insights into human behavior. What’s left is frolicking self-indulgence instead of enlightenment.

Far From Men
By far the most sophisticated film of the festival, David Oelhoffen’s tale set in 1954 Algeria tackles tough issues of ethnic and religious identity and the limits of duty and responsibility. It also points up the confusion of defining an individual’s identity by more or less superficial traits such as language, customs and worklife activities. When war breaks out, identity is further simplified as a “them vs us” affair. What gets negated is the essential nature of the individual born of cultural crossbreeding. Far From Men navigates though these
stereotypical assumptions but can’t help but express how they lead to a tragic set of consequences.