Hans Andre’s comments about his paintings 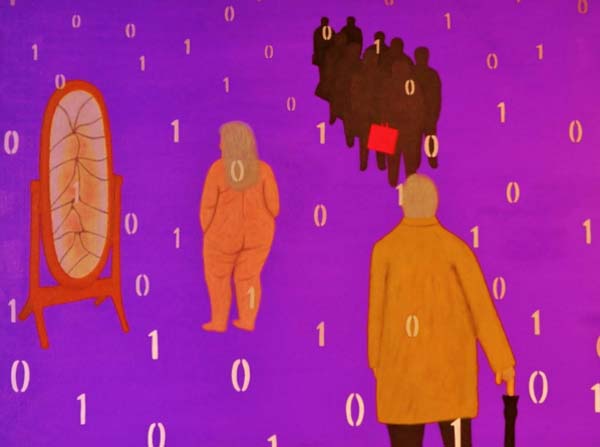 The painting, The Charm, made in 2015, originated in the bourgeois highly “discreet” charm and these people’s dominance and self-satisfaction but also lack of self-awareness.

The idea came after participating in a snobbish event, it was actually a funeral, with,

as always, the pompous and exaggerated speeches.

The emerging binary digits can either symbolize the passing of time, or present time, or modern digital information, or just the flow….. 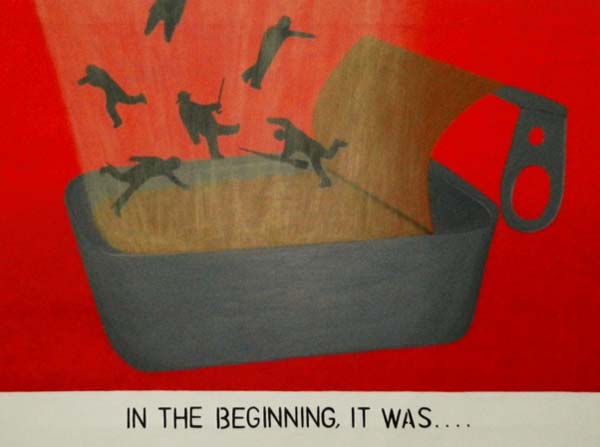 IN THE BEGINNING IT WAS. Hans Andre

IN THE BEGINNING, IT WAS ….

Genesis 1, tells us how it all started, but then?

The development we both have seen and that we now also are involved in,

was that the idea?

Perhaps we should reflect on “The Output”, that is to say, what comes out

into the present system?

Should we accept it? And is it possible to change the ongoing development? 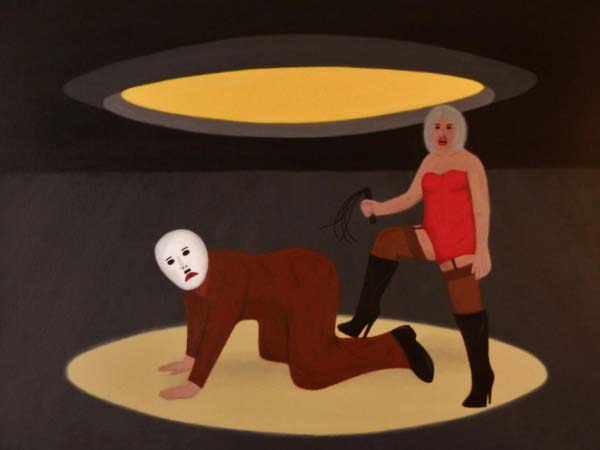 The Cabaret, made in 2015, is a ‘lighter’ painting with comical overtones. The background for this painting was that I had visited a cabaret in Berlin and expected a little bit more satirical performances and not just boring striptease and naked ladies. So, I did a painting instead. Sure, there are those who see it as Sadomasochism, but then they have completely missed the mask on the man with the moustache and his brown cloths. The light in the ceiling is actually taken from a store in Berlin who sold women’s clothes, I liked the shape and it fit well into the painting.

Get out from the” Sardines ”. Hans Andre.

Get out from the” Sardines ”

among the uniformly shaped and where independent thought and action decreases, we must encourage

those who dare, at least considering, to leave the can of sardines.

Sure, there are risks, some groups are particularly vulnerable and exposed, but you still have to take the plunge.
Two paintings, The Opening, and The Connection, the latter with its circuit board that is centered around the lady in the chair, have a common denominator, to come out of their tins of sardines and on their own terms, irrespective of what others expect. 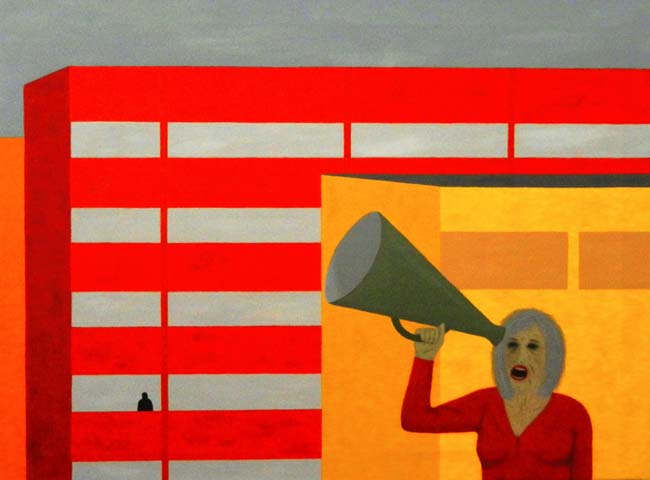 The Deviation.
The idea came from seeing a number of modern buildings in Santos, Brazil,
I wanted to paint something abstract with a clutch.
Oddly enough, the end result was a connection to my years as a student …
probably something Freudian.
– Hans Andre, 2015-16 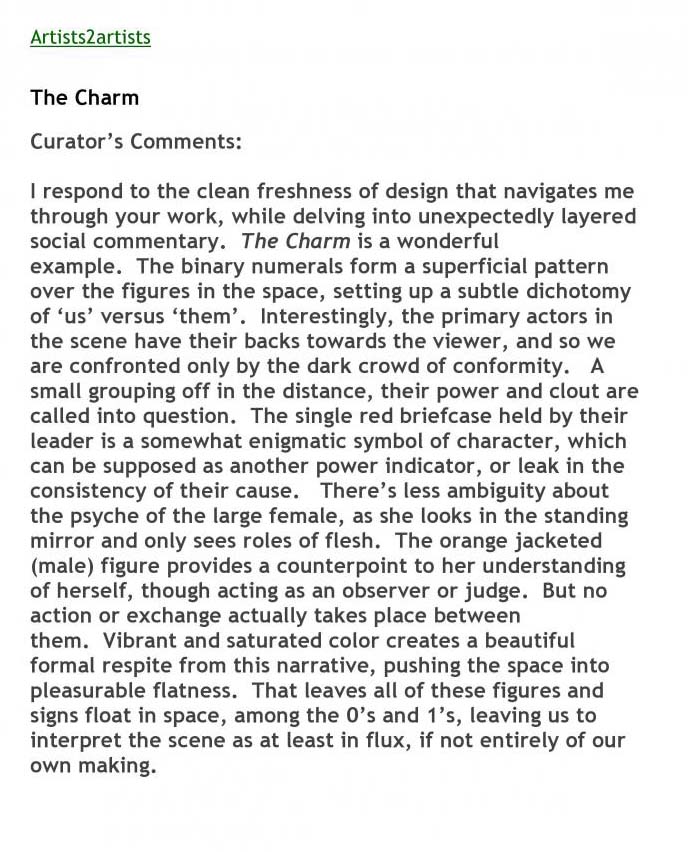 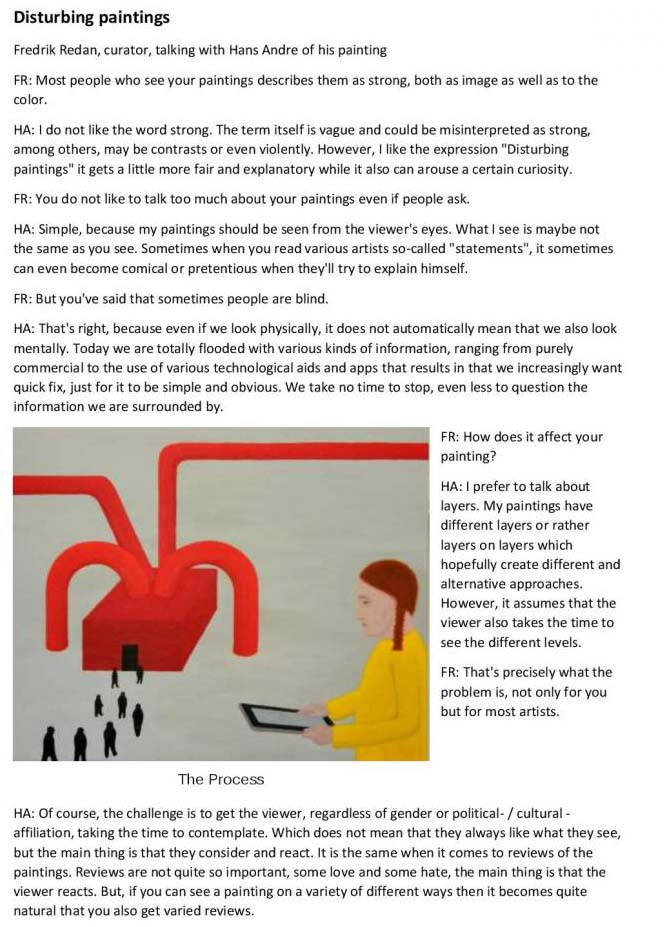