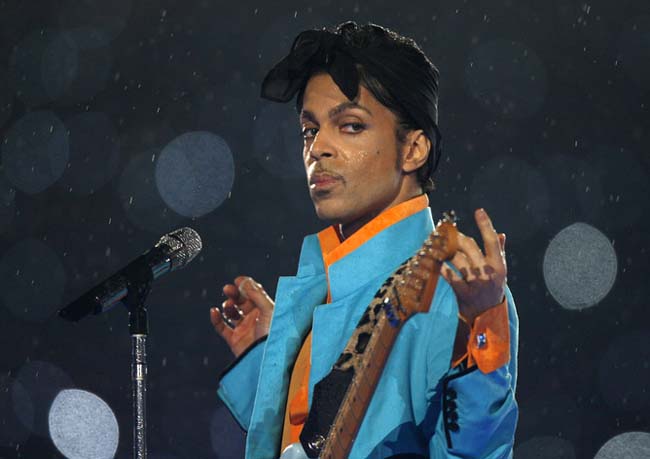 The ‘Blurred Lines’ verdict is only the most recent copyright ‘Controversy’ to erupt – just ask Prince. Mike Blake/Reuters

Earlier this month, a jury found Robin Thicke and Pharrell Williams guilty of copyright infringement for their hit song “Blurred Lines,” and ordered the duo to pay $7.4 million to the estate of Marvin Gaye.

The verdict has resulted in a whirlwind of reaction and analysis – most of it incredulous.

“I’m a little bit shocked by it, quite frankly,” country musician Keith Urban said, while songwriter Bonnie McKee told People Magazine, “It strikes fear into the hearts of songwriters.” According to John Legend, the “verdict could set a scary precedent.”

But “Blurred Lines” is only the latest copyright case in an industry rife with suits and counter-suits. The Gaye estate is no stranger to the game: in the early 1980s, they settled a $15 million lawsuit by David Ritz, who claimed co-writing credit for Gaye’s mega-hit “Sexual Healing.” And a 2012 article about a lawsuit Marvin Gaye III had leveled against Lenny Kravitz noted, “Gaye III has also gone as far as to sue restaurants and radio stations for copyright infringement on songs.”

Even for Pharrell Williams, lawsuits are standard fare; he’s frequently served as both plaintiff and defendant, going up against Trajik, Peter Currin, Geggy Tah, Carla Boone, YouTube and Will.I.AM.

Music lawyer Kenneth Abdo perhaps put it best when he said, “There is an old saying in the music industry…if you get a hit, you will get a writ.”

Pharrell Williams is no stranger to lawsuits.
Christian Hartmann/Reuters

On the surface, it would seem like copyright infringement is straightforward: either you lifted someone else’s work and called it your own, or you didn’t.

Technically, in order to be found guilty of infringement, two things must be proven. First, there needs to be direct or indirect evidence of access to the original composition. If that’s been established, “substantial similarity” between the original and supposedly infringed-upon work needs to be determined.

It’s the second factor that’s ripe for conflicting interpretation – and exploitation. After all, what makes something substantially similar?

But music copyright is muddled because ultimately it is decided by judges and juries who are “educated” by music experts from both sides, each of which insists that its interpretations – based on vague terms like “substantial,” “feeling” and “similar” – are correct.

So while most music fans remain blissfully ignorant of copyright law, behind the gold-record-lined walls there are throngs of lawyers working around the clock to defend their clients from “thieves” plundering their work, or from accusations by gold diggers looking for a quick buck.

Outside the walls the public only sees the “noble” attorneys who claim that they’re keeping us from slipping into creative anarchy. But it’s no coincidence that the greater the success of a hit song, the more shrill their “righteous” defense of artistic liberty becomes. In truth, these gimlet-eyed lawyers have been trained to detect the smallest possible copyright infractions – and are primed to strategically pounce.

In 1992, the hip-hop group Arrested Development released their hit song “Tennessee.” It soon caught the attention of Prince’s lawyers because the group never got permission to use a sample of the word “Tennessee” from Prince’s song “Alphabet St.”

This was a time when hip-hop and rap artists began to use sampling keyboards to build songs using segments of copyrighted sound recordings. Today, major artists know better than lift anything recognizable from other recordings without the proper license. But even now, newer artists often won’t attempt to get clearance. They reason that if they’re sued – well, their song must be a hit, so they’ll be wealthy enough to settle out of court.

As composer Carl Wiser recalled, “It was our first record, we definitely weren’t vets in the industry, we didn’t understand all the game play and the rules. So we didn’t ask for permission. I learned as a producer pretty quickly the laws of sampling: it’s the wild, wild West out there.”

But Prince’s attorneys were strategic in their pursuit. As Wiser explained, the lawyers only raised a fuss once “the song moved up the chart the album got to #3 on the pop charts. And once it went down, the very week it went to #4, we got a call from Prince’s representation. They waited for that song to sell as many possible copies as they could wait for.”

Settling out of court like this is the usual outcome of such disputes. In 1986, the road manager for the group America heard Janet Jackson’s new song “Let’s Wait Awhile” while driving. He pulled over to a phone booth and called the band asking if they’d heard the song and how it sounded like “Daisy Jane.” Months later he received a 10% “finder’s fee” after America and Jackson settled.

In 1997, while writing his mega-hit “Bitter Sweet Symphony,” Richard Ashcroft of the Verve negotiated the cost to use a sample from the Rolling Stones’ “The Last Time.”

Ashcroft’s reward for trying to follow the letter of the law? The Stones sued anyway, claiming that the use of the sample was more integral to the song than had been originally negotiated. In the end, The Verve was ordered to hand over royalties and songwriting credits to Mick Jagger and Keith Richards.

When asked if the Verve got a fair shake, Richards responded, “I’m out of whack here, this is serious lawyer shit.”

This reaction is typical of musicians who prefer to leave the law to their retained lawyers and record labels. In many cases, entertainment lawyers are like ambulance chasers: they’re the ones that convince composers that they’re owed money for infringements they’d otherwise never notice.

Out of consideration for reputation – and because it’s cheaper – most musicians hope to settle nuisance cases to make them disappear.

But it’s George Harrison’s 1976 case that draws the most parallels to “Blurred Lines” – for the “you’ve got to be kidding!” reaction in the press, the immense popularity of both parties involved and the huge amount of money at stake.

In 1962 the girl-group quartet The Chiffons recorded Ronald Mackand’s song “He’s So Fine.”

Eight years later, George Harrison released the song “My Sweet Lord.” Mackand had passed away, but the publishing company that represented his widow, Bright Tunes Music, brought Harrison to court, claiming that he had unlawfully copied “He’s So Fine.”

In Bright Tunes Music v. Harrison Music, the judge determined that although the accused, George Harrison, didn’t consciously copy parts of “He’s So Fine,” he had nonetheless heard the song – which proved access to the original version.

Next the judge determined that “substantial similarity” existed. With both criteria accounted for, he slapped Harrison with a guilty verdict and ordered Harrison to fork over $1.6 million (more than $6 million today) of the $2.1 million he’d earned from “My Sweet Lord.”

According to the judge:

Harrison’s subconscious knew it already had worked in a song his conscious mind did not remember…I do not believe he did so deliberately. Nevertheless, it is clear that “My Sweet Lord” is the very same song as “He’s So Fine” with different words.

The music world was shaken to its compositional core (You mean you can be sued for what’s in your subconscious?).

“It made me so paranoid about writing,” Harrison recalled, “that I didn’t even want to touch the guitar or piano in case I touched somebody’s note.”

In the wake of “Blurred Lines” the music world has again likened the verdict to the death of composing.

“We owe it to songwriters around the world to make sure this verdict doesn’t stand,” said Pharrell’s attorney Howard King, one of Forbes’ Power 100 Lawyers in Entertainment.

But in the end, it’s all just the shuffling of money. Business as usual. Composers will compose and lawyers will sue.

Welcome to the music industry.

This article was originally published on The Conversation.
Read the original article.