Permanent exhibition of Andy Warhol and other pop artists 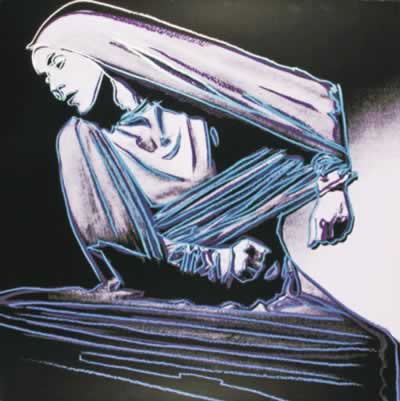 The Foundation Pop Art Centre opens a permanent exhibition of world pop artists in mid-December on the Royal Route in the city centre of Prague. With regard to the roots of the most famous pop artist, Andy Warhol, the dominant of the exhibition will be his work. 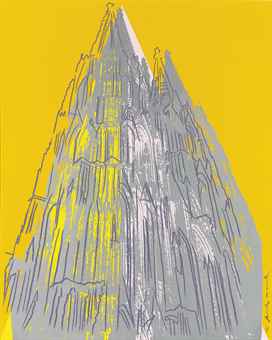 Visitors will have the opportunity to see the entire portfolio of four screenprints Cologne Cathedral from 1985. This is a rare piece of artwork: not just because it is sprinkled with diamond dust, but mainly because there are very few possibilities to see a complete portfolio in Europe. The main edition of which comes this portfolio consists of only 60 copies. 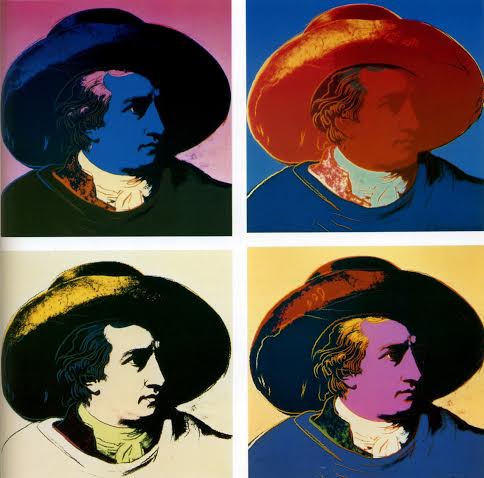 Another exposed portfolio, a portrait of Johann Wolfgang Goethe from 1984, is also from the main edition that contained 100 copies. In this case, there are four very interesting colour versions of the portrait. 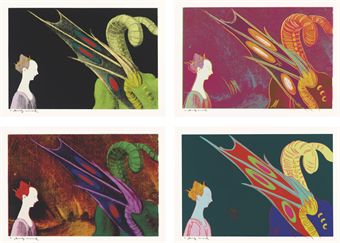 The third entire portfolio is rare: four colour versions of screenprints with fragments of an art piece St. George and the Dragon by the Italian Renaissance artist Paolo Uccello (1460) from the cycle Details of Renaissance Paintings from 1984. The artworks are from the edition marked AP containing only 12 pieces.

The portrait of the famous American dancer Martha Graham, who is sometimes called “Pablo Picasso of modern dance” by the experts, is very popular and extremely rare from the collector’s perspective. The work from 1986 called Lamentation comes from an exceptional edition marked UT that occurs on the market very rarely. It is literally a unique piece of art since each UT marked piece is unique, as stated Frayda Feldman and Jörg Schllemann in a publication on Warhol’s prints. The art expert Michal Bycko said about this screenprint that he had seen maybe two, maximum three pieces with this designation in his lifetime.

However, that is not all. Visitors can look forward to another Warhol’s famous artwork – a portrait of Man Ray, the famous avant-garde artist, from 1974.  They can also peek into Andy Warhol’s private life: in one of the rooms, furnished as a museum exhibition room, some artefacts acquired directly from the artist’s family will be displayed. The biggest attraction here will be a child christening gown that Warhol wore at his baptism and his two older brothers were baptised in it, too. The gown was lent by the Andy Warhol Museum of Modern Art in Medzilaborce thanks to The Andy Warhol Society and Michal Bycek. There will also be the promotional bottle of Coca-Cola signed by Andy Warhol, which he gave to his nephew James Warhola in 1974 and also Warhol’s handcoloured early work from 1957.

It should be emphasized that all the exhibits by Andy Warhol and other artists are originals: they are all numbered and signed, which means that they have passed through the hands of the author. Therefore some of them are, despite the fact that these are screenprints, literally or almost unique pieces of art. We are specifying this especially because recently, there have been several exhibitions presenting copies of artworks or posters as originals. That is why we would like to emphasize that the absolute originality of the artworks is guaranteed. All our exhibits are certified and acquired from the best sources. A similar collection to the one exhibited in the permanent exhibition can only be seen in the Andy Warhol Museum of Modern Art in Medzilaborce, which we do not consider as a competitor but rather as a partner and we plan a long-term collaboration with this museum.

In addition to Andy Warhol’s exhibits, there will be artworks by Roy Lichtenstein, Robert Longo or Damien Hirst, too. Even though the exhibition is permanent, it will be changed continuously as it is usual at similar institutions. The exhibition needs to remain attractive not just for tourists but also for visitors from Prague and the Central Bohemian Region. It will also include artworks of Czech and Slovak artists – during the first few months there will be just a demonstration installed in the Pop Art Gallery. This gallery is situated in a beautiful Romanesque-Gothic cellar, concretely at the area that is part of the exhibition space and is located bellow the Art Shop. There will be two coloured lithographies by Milan Cihlář who is a big admirer of Andy Warhol. Together with photographer Rudo Prekop they wrote a book – Andy Warhol and Czechoslovakia. They worked on it with interruptions for over twenty years. From Slovak artists there will be Stano Filko who is considered to be a classic of Slovak conceptual art. In his work we can observe a pop art influence. Then there is Jozef Gertli “Danglár” who continues in the intentions of pop art and belongs among the founders of the modern comics in Slovakia.

As soon as the James Warhola exhibition, consisting of almost 30 original watercolour paintings, is over, the exposition of Czech and Slovak artists will be expanded and relocated into the premises on the first floor. The gallery in the cellar will then host occasional exhibitions of both renowned and beginning artists.

The Pop Art Centre will be inaugurated on the 11th of December 2014 with the participation of eminent guests. There will also be Andy Warhol’s nephew James who will present his own exhibition and think back to his famous uncle.